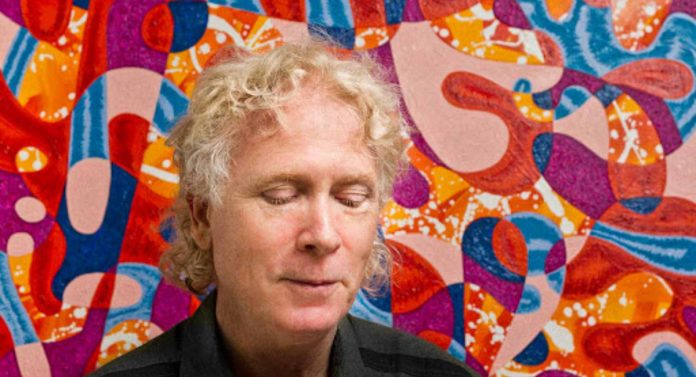 Tell us a little bit about yourself.

Bruce Thorn: Born and partially raised on the South Side of Chicago. The other part never raised. I earned a four year BFA from the School of the Art Institute of Chicago back when the school was in the basement of the museum. Later, I scraped by an MFA from University of Illinois at Chicago. I’m a family man, wife, two grown kids. I’ve found my ways to several other countries, and somehow always found my way back to Chicago.

Do you feel that you learned something about painting from those two schools or did most of your learning come after the fact through experience?

Bruce Thorn: Art schools are good places for people who don’t fit in anywhere else, a last refuge from the “real world.” Most of the students don’t really belong, but there are always the small handful of the dedicated who actually end up in the arts. To be surrounded by these people creates an alternative reality where art making is the norm. After school, one must work at surrounding one’s self with creative and supportive friends. As for the technical aspects of painting, there really aren’t that many to teach, not like there would be in printmaking, film making, computer animation, photography, etc. So college painting professors tend to steer clear of that kind of teaching. 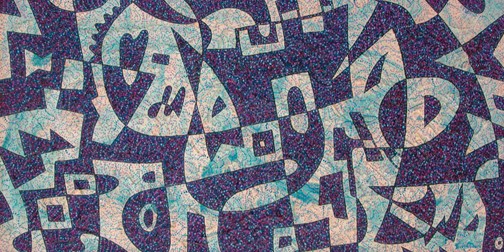 Why are you a painter?

Bruce Thorn: Drawing and painting are things that I have always just done. I’ve never questioned the career choice, not for long, anyway. I create ideas and visions, then get totally compelled to express some of them. Every since I can remember, paintings have presented themselves to me as alternative worlds which I can breathe and smell and see and hear. I have what you might call an active imagination.

You also play the guitar and perform. When did you start playing and do you feel that your music and your painting relate to one another?

Bruce Thorn: When I was in my early 40’s I decided to learn to play guitar. It seemed that instrumental music is rather abstract and deals with similar issues as painting does. A dozen years later, I find myself performing publicly. So the soundtrack in my mind and the visuals are feeding into one another.

It’s all one big call and response. An interesting thing about music is that there really is an awful lot to learn, you really do need to use your brain in a different way than painting. Memory is more significant. But the end goal is the same, to be able to express one’s self without technical limitations. It’s easier to bullshit your way through the visual arts. I mean, if you put a garbage can in a museum or gallery, under track lights, it could look awesome and take on all kinds of meaning and significance. If you’re performing on stage and you hit a clam, most people recognize it. 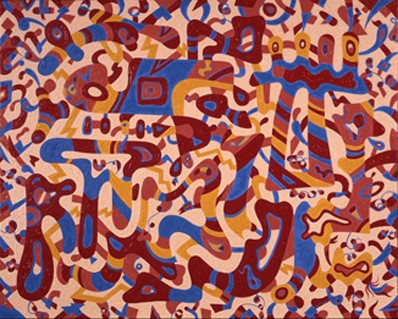 How would you describe your work?

Bruce Thorn: My current work involves the invention of shapes which alternate as positive and negative space. The shapes are referential in ambiguous ways. The ambition is to lure your eye into a journey within your own mind. I’m increasingly interested in different aspects of simplification. But the simplicity is complex. I create distinctions between micro and macro worlds. What you see from across the room is very different from what you see in front of your nose. Nuances of color, line, tone, brush strokes, transparencies and textures all appear with self mobility. It’s a fluid kind of reality. Sources appear from the natural, organic, human, urban and musical spheres.

What is your process?

I thrive off of changing the process, so at times I’ll work from drawings or other sources, at other times I’ll choose to invent on the fly, or even work on the canvas with my eyes closed. Since I usually work in oils, there is much layering involved, and time becomes a major ingredient and source. Each day over the course of a year or several years, one is bringing a different self to confront what is on the easel.

You live and work in Chicago. How has the art scene in Chicago changed over the years?

Bruce Thorn: Earlier Chicago art scenes were more centralized geographically within the city. Locations would shift over the years, but at any given time, most Chicago art galleries were clustered, from East Ontario Street near the original Chicago Museum of Contemporary Art (MCA) and Michigan Ave., to River North, to the Randolph and Fulton Markets, to Old Town. Now there are many more players in the game and they are spread out everywhere. In the earlier, smaller scenes, it was possible to get to know everybody just by hanging around the shows. Everybody knew each other. That is impossible now. Several art schools keep churning out graduates, many whom stay on living and pursuing careers in Chicago. Unfortunately, support for local art has always been sparse in the Windy City. How many people are building remarkable collections these days?

For a brief moment in time, there was a fashion thing in the art world called “Chicago Art.” The opportunities which the international spotlight brought were squandered by systematically limiting the dialog to a very small group of salable artists, the sometimes quirky and often redundant “Chicago Imagists.” This narrow marketing of the visual arts in Chicago resulted in everybody loosing interest. What I’m saying is that there really isn’t a “Chicago Art Scene” anymore. Things are wide open now, anything goes. It’s the Wild West on Gallery Row after Gallery Row. Now everybody has to reinvent the whole game for themselves. It’s a wild ride through unchartered territories.

Do you consider yourself a “Chicago” artist?

Bruce Thorn: I consider myself an international artist. I don’t really have any motivation to consider myself a “Chicago Artist.” I’m waiting for Chicago to consider me one of its own. First, I suppose that Chicagoans will need to consider that they themselves are also part of a greater world and not just some little isolated Richard Daley fiefdom in the Midwest .

Where do you see your work taking you in the future.

Bruce Thorn: The great reward of my work is to be found in the continual intellectual engagement which it offers. As long as I’m able, I’ll keep up the practice and this is sure to keep the walking shoes laced and ready to go. An honest engagement in the world around one’s self would lead to always being open to new discoveries, people, places, stories and songs. Breathing is literally inspiration.

I imagine that the art world won’t change much in a big hurry and that I will keep on working in obscurity, unimpressed by fashions, money, power and self proclaimed taste makers. I will keep Chicago as a base and work in many different locations. There is a wonderful line at the end of the film “American Beauty” where the dead Kevin Spacey says “You probably think I should be angry about everything that happened to me, but it’s hard to be angry when there are so many beautiful things in the world.” There is always so much good work to do! 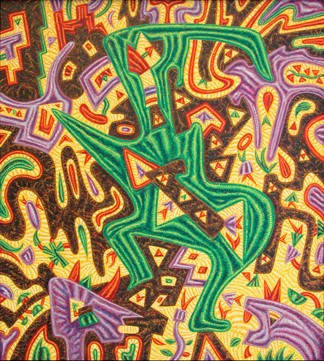 Do you have any upcoming exhibits?

Bruce Thorn: Currently, I have no visual art shows lined up. It is very difficult for me to get shows. I’ve only had one solo show in Chicago my entire life. I keep trying and sending out promotional materials. I’ve always considered juried shows, which charge the artist a jury fee, to be immoral and toxic. I have noticed that I am still making art many years after the galleries that rejected me closed their doors. I’m finding it so much easier to go public with music. People want to be entertained, but not many are ready for the challenges presented by original painting. Since all of my fans and sales are self generated, it really doesn’t matter how I create a network. The important thing is to create that network, to go forward with a good attitude and a smile. I’m finding that it takes people time to appreciate my work, sometimes years. Gallerists and curators don’t know the difference. The plus side is that, after all that time it takes to get into it, people really see the value and are willing to pay for it.

You say you have trouble getting your work shown. Was that always the case?

Bruce Thorn: Getting shows has always been difficult. If you count the number of gallery shows in Chicago in any given year, you get a sum in the hundreds. There are certainly a thousand plus artists available for each of these exhibition slots. Galleries are in the business of filling exhibition schedules with shows which they believe will be of current interest to their demographic. It’s a similar situation as a movie theater or a nightclub. So we pay the price for the times we live in.