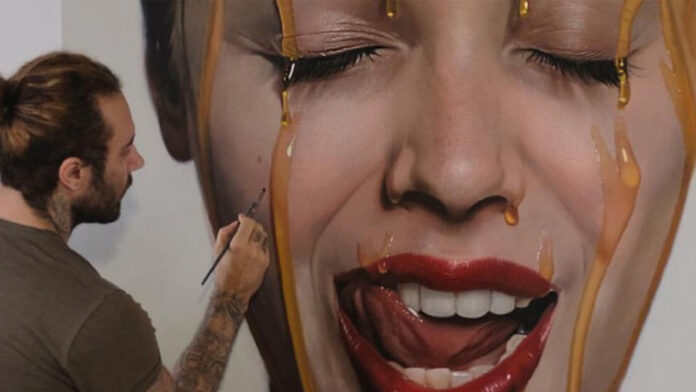 Art is one of the most intense modes of individual expression that the world has known. It has the ability to transcend cultural boundaries, explore the physical and the metaphysical, the real and the imaginary. In the world of infinite creative prospects, many art movements have emerged and influenced artists over the centuries, and Hyperrealism is one such fascinating art form that has gained immense popularity in recent times.

Hyperrealism is a relatively new style of visual arts that has evolved since the late 1960s. However, the roots of this alluring art genre can be traced back to the Realism art movement that began in post-revolutionary France in the mid-19th century.

Realism movement was a counter response to the prevailing genre of ‘Romanticism’ that had been dominating the world of art and literature. The Realists wanted to break away from the tendency of the Romanticists to idealise, exaggerate and romanticise the portrayals of the world and wanted to depict realistic scenes in their works. This gave birth to an art style where artists tried to represent the world as truthfully and authentically as possible. The focus shifted to the portrayal of ‘real’ life involving ordinary people engaged in ordinary activities in ordinary surroundings. Artists like Jean-Francois Millet, Gustave Courbet, Jean-Baptiste-Camille Corot and Honore Daumier have made remarkable contributions to this genre of art.

Transition from Realism to Photorealism

The developments in photography in the twentieth century gave rise to new possibilities in the world of art. Inspired by the realists and overwhelmed by abundant availability of photographs as source material, Photorealists embarked on a quest to achieve highest levels of precision and detail in their depiction of reality. Photorealism began as a full-fledged movement in the 1960s as a counter to ‘Abstract Expressionism’ and Minimalist art movements that were popular in the United States.

As the name suggests, Photorealists use a photograph or several photographs to gather information and produce scenes with details so intricate, that it creates an illusion of seeing the real thing. Such paintings incorporate photographic elements like flash reflections, depth of field and even depicting some objects slightly out of focus. With subject matters ranging from inanimate household and pop-culture objects to portraits and urban settings, photorealism replicates photographs with such precision that it’s awe-inspiring. However, the movement was severely criticised in 1960s and 1970s due to heavy dependence of artists on photographs which was viewed as ‘cheating’.

The Origin of Hyperrealism

The genesis of the term ‘Hyperrealism’ took place in 1973 when Isy Brachot, a leading Belgian art dealer organized a major exhibition and catalogue at his gallery in Brussels and named it L’hyperréalisme. The exhibition featured art works from American Photorealists such as Ralph Goings, Chuck Close, Don Eddy and Robert Bechtle. Since then, the term Hyperrealism has been used to refer to the works that have been influenced by Photorealism.

But, how is Hyperrealism different from Photorealism? Hyperrealism is an offshoot of Photorealism that went a step ahead of its predecessor. While the Photorealists aimed to literally reproduce the exact replica of the photograph they referred to as source material, Hyperrealists merely use the source for inspiration and incorporate extra elements of narrative and emotion in their paintings or sculpture that Photorealistic works lacked. With advancement of technology, photographic images have become a lot more high-definition, and so have the artworks. High-resolution pictures have facilitated Hyperrealists in creating ‘simulated reality’ in their work by taking inspiration from the surfaces, textures, lighting effects, and shadows in the source photos, and producing art pieces that appear three-dimensional and tangible. The art form focuses on creating a convincing illusion and many Hyperrealistic art pieces also embody a broader theme that may evoke social, cultural, emotional or political interpretation.

Some notable Hyperrealist artists who have immensely contributed in shaping up the art genre include Denis Peterson, Audrey Flack, Chuck Close and Ron Mueck. There are many more talented artists across the globe such as Sergey Piskunov, Jason de Graaf, Pedro Campos and Steve Mills who have mastered this difficult genre.

Despite being only a few decades old, this fascinating approach towards art has captured global attention and emerged as a popular art form. Fortunately, in today’s age of internet there are several books to guide on perfecting the technique of hyperrealism that are available in stores like Amazon Australia and eBay. There are also online stores such as Etsy where one can find Hyperrealistic art for sale. Perhaps, the best aspect of Hyperrealism is that every person, whether well-informed about art forms or not, can relate and appreciate this visually stunning art genre and be astonished by it.