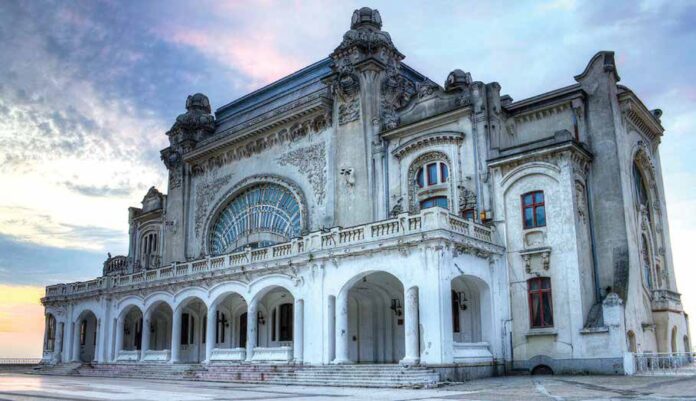 “Rivers of carriages, silks, and diamonds passed the doors of the Casino of Constanta”, reports the art critic Doina Pauleanu, the author of the extensive monograph of the Casino. The city’s symbolic building, which stirred controversy for years, brought Europe´s high class to the area for decades.

From 1910 and up until 1916, Constanta had gained the status of a spa resort, thanks to this building. After the governors of those times had succeeded in “conquering” a portion of the sea by the construction of this shiny, Art Nouveau-style edifice, rivers of carriages, silks, and diamonds started to pass its doors – Europe´s richest people of those times.

From 1910, when the building was inaugurated, and until 1916, the Casino was an elite place, Europe´s high class showing off their extravagant jewelry and the most charming dresses and suits.

In spite of being known as a luxury place, the Casino also retained its main function as a salon that served the local population – organizing shows, balls, and various events. In spite of the name similarities, The Casino was improperly called “Casino” because it was not actually a place for playing slots and casino gambling. It was a select place for wealthy people to socialize and entertain. As a quick note, in the early ages of the last century casino games in both Europe (source: wikipedia.org/) and the USA took wings.

The atmosphere inside building used to mesmerize everyone, and even those who couldn’t afford to enter the Casino because of the prohibitive prices, were walking around, listening to charming music. 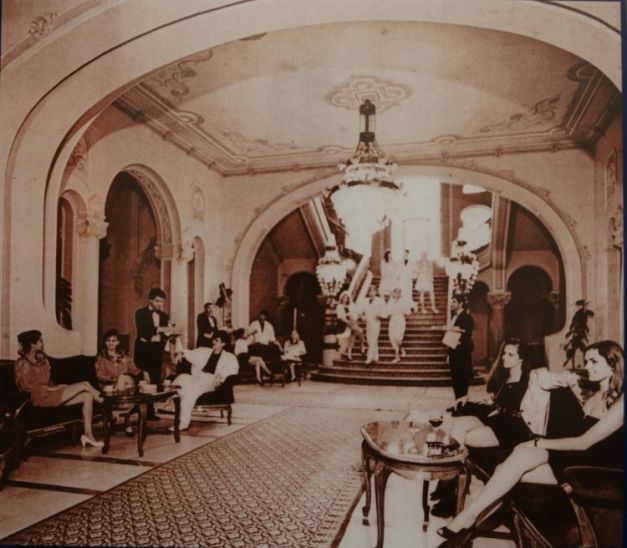 Marriages were also being organized here. The atmosphere here, up to the First World War, was the brightest and Constanta became a trendy city. “Here you could come to the gates of the East to take the pulse of the area.”, mentions the art critic Doina Pauleanu.

According to the director of the Art Museum of Constanta, Doina Pauleanu, the development of Constanta in the first years was inextricably linked to the Casino. In order to make the city as attractive as possible, sea spas and Kurzaal (the entertainment room) were built, which gave visitors the opportunity to spend a great time between the baths they were taking. There were mostly sea air baths. The first name under which the edifice was known as was Kurzaal – the entertainment room that existed in all the seaside resorts throughout Europe. The fashion of the spa tourism caught on very quickly, this area being perceived as a luxury seaside resort.

The development of Constanta and its extension to the sea

The building period of the Casino was from 1903 to 1910. The seafront was built by Anghel Saligny, a gigantic work that actually meant enlarging the city and taking space from the sea. The construction of the Casino began in 1903, under the team of Scarlat Varnav – the prefect of Constanta, and Cristea Georgescu – the mayor, who hired a young architect of only 32 – Daniel Renard – to whom they entrusted this difficult plan.

By accepting this plan and introducing the elements of Art Nouveau, Constanta showed a European vocation. It moved from the very simple style, with modest openings, to elements of novelty already present in the architecture of the time across Western Europe.

Of course, there were people who were not prepared to accept the modernity of this language, who felt that the edifice resembled to a carriage or to a piece of profiterole.

With the construction of the Casino, the Varnav/Cristea Georgescu team manage to take Constanta two decades ahead of the time of its exit from the secular Turkish influence, by modernizing and elevating it to the Western European style.

Art critic Doina Pauleanu emphasizes that the team at that time had an openness and willingness to do great things: “Taking a sea area, expanding a city across it, and erecting a building to which a whole country and the Europe elites relate – it’s not just a simple thing!”

In August 1910, the Casino was inaugurated, and a year later, it was granted to the Society of Great Establishments, led by Baron Edgar de Marcey, who also becomes the director of the Casino in Mamaia.

Among the clauses of the contract, there was stipulated the construction of a 200-room hotel to serve the two casinos. These are the Palas hotel in Mamaia and the Sinaia hotel. These hotels had to be very elegant and be placed discreetly, so that the riches of those times could easily come incognito and spend their money.