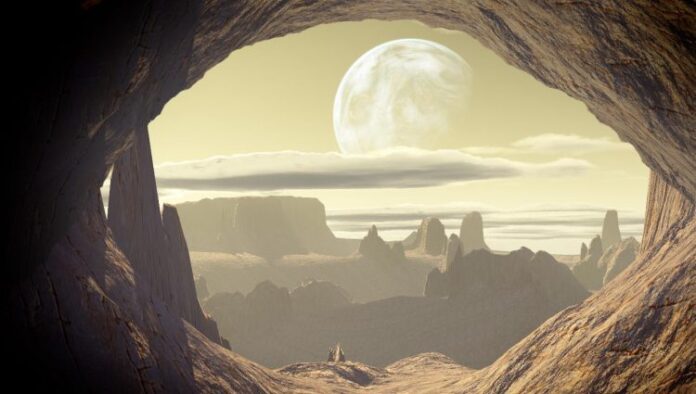 The Myth of the Cave is an allegory used by Plato to demonstrate the degree to which our natures can be enlightened, being the most convincing and original metaphor of idealism.

Plato imagines a group of people who live in a cave, chained to an underground wall so that they are not capable of seeing the light of the sun. Behind those people, there is a fire that burns and illuminated various statues which are moved by others. Their shadows are visible on the wall of the cave in front of the chained people.

When they see those shadows, they interpret them in a subjective manner and create philosophies about them in which they believe blindly. The interesting part comes when Plato tells us that one of the prisoners is freed and turns his eyes to the fire. First, the bright light hurts his eyes because he is not accustomed to it. If he would be taken outside that cave, he would be even more disorientated because the light of the sun is even brighter than the fire.

Once the prisoner is capable of seeing how the real world looks, he would feel only pity for the entire prisoners who still don’t understand the shadows. The main thing that Plato is trying to tell us, is that once someone understood how reality looks, it is his duty to enlighten the others.(P.2017).

The entire story is based on his theory of forms which refers to Plato’s confidence that the material world which is surrounding us is not a real one, but only a shadow of the real world we are not familiar with. He thinks that there are two different forms of reality: the visible one which we are capable of understanding and the intelligible world of forms which is above the one we know. The myth of the cave is based on several symbols.

The cave itself is a representation of the sensible world or what we know as the apparent reality. The darkness is nothing else than the ignorance of a limited person while the chains are those feelings which limit ourselves. The fire is a symbol of the light of knowledge while the shadows show us the random opinions which have an artificial and baffling value. The statues which are moved in front of the fire represent the real truth, the physical reality while the sun is a symbol of perfection, of ultimate knowledge. (Perry, Bratman, Fischer, 2016)

In Plato’s opinion the entire way we see the world is based on two perceptions. One is the spiritual perception while the other is the sensory one.When we refer to the last one, we actually talk about that side of the world which we interpret with our sensory organs. Because of that, this is a world of illusion and in the Cave of Myth, it is represented by the shadows.On the other hand, the spiritual perception is the symbol of enlightenment. The only way we can reach it is if we exclude the sensory one and we are ready to break those chains which tie us in the cave.

Plato is also a supporter of the doctrine of the recollection and because of that, he thinks that all the knowledge of the universe is due to recollection. Based on this doctrine, we are born knowing everything but we forget it. In order for as to be able to reach that level of knowledge, we have to acquire those things again during our lifetime. (Edwards, 1976)

I don’t totally agree with his idea that our knowledge of universals must be innate. In my opinion that would mean that all of us are actually genius people who just need the right experience to acquire again those truths. In my opinion, when we are born we can be compared to the canvas of a painter. We have no knowledge regarding anything and it is our duty to paint that canvas. The only way we can do it is by exploring, experimenting and also willing to finish the painting. I find it hard to believe that someone who is not interested in finding the truth can be considered as almost at the same level with someone who wants to know more.

In conclusion, the metaphor we find in Plato’s Myth of Cave it’s just an allusion to the duty of the people who acquire knowledge to share it with the others but I don’t agree that we were all born with the knowledge. However, the more public meaning of Plato’s allegory is this: we, the humanity, know only what our eyes can see (this, “translated”, means what our mind can comprehend). What Plato suggests is the term of infinite knowledge and a specific borderline between what we could know and what we actually know. Of course, it’s more comfortable to stay stick to what we already know, that’s why the man who managed to return was killed in the end.