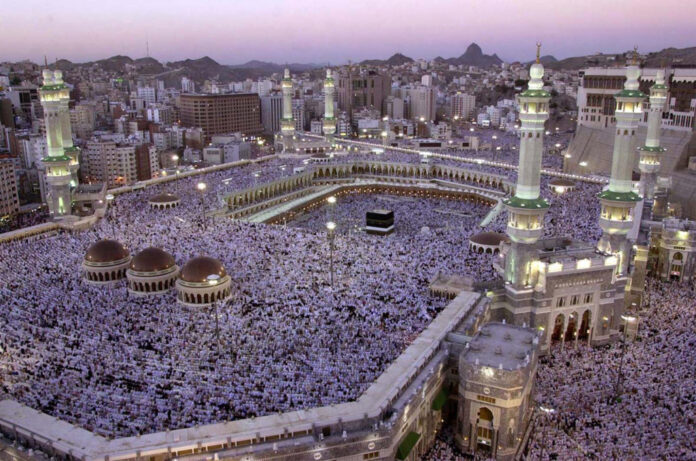 From the Quran, a disciplined Muslim notes the story of Abraham and Hajara, one of the earliest accounts of Hajj. Abraham was instructed to establish the Kaaba, one of the main sites in Mecca for Hajj. Ever since, it has been a Muslim’s divine duty to take this pilgrimage if his or her health and resources permit. Those who have completed this diving duty have reported that it has had a life-changing impact on them. Makkah, being the holy grounds for Hajj, has also been impacted significantly by this event.

Makkah has advanced over the years due to Hajj. Thousands of Muslims, as well as non-Muslim tourists, have traveled from all over the world to come and witness the miracles of this holy place. In the course of their pilgrimage, Muslims help Makkah advance as a place, and the same is true of non-Muslim tourists.

One of the key things in Makkah is the Kaaba, which is centuries old. Just seeing this one object and knowing its history makes one respect it tremendously and realize its significance. Furthermore, seeing the Hajj in action – millions gathering in Mecca to perform the Hajj rituals – is another incredible spectacle.

Hajj enables Muslims to understand the essence of Islam. A distinction exists between a Muslim who has taken the pilgrimage and one who hasn’t. The pilgrimage changes Muslims. It is like a form of enlightenment that transcends a Muslim to a loftier plane of Islam. One is never the same subsequent to the divine journey.

Makkah has advanced in terms of infrastructure, social amenities, and technology due to this holy event. The number of luxury hotels in Makkah has increased to facilitate the very event. When pilgrims from all over the world visit the divine city, these hotels prove to be of great assistance in facilitating their stay. The roads to Makkah have been enhanced to accommodate the number of pilgrims to the place. The city has gained international recognition due to the event, which reinforces the essence of Hajj not just to Makkah, but also to the entire world.

During Hajj, you’ll find Muslims from all walks of life and all places in the world. This one event shows how rich the Islamic world is. Tall, short, rich, not so rich, green, yellow, purple, wise, simple; all kinds of Muslims congregate in this one spot to fulfill their divine duty. They get to see how far Islam has reached as well as its significance and might. Hajj shows you that we are all one whether great or small. An event that highlights that all will stand in the presence of Allah and held accountable. It is an excellent reminder of what Islam is all about, as well as humanity. It reminds you of who you really are and your significance in this world. Ultimately, you come out awakened, enlightened, and born anew. That is the reason most who participate in this pilgrimage subsequently end up feeling completely different.

Islam is rich in wisdom and character. It is a way of life that promotes peace and prosperity. Under the umbrella of Allah, one is able to understand one’s purpose and duty. Hajj has both social and religious significance to Muslims. The religious aspect of the event is obvious but the social is a bit subtle but not hidden either. A Muslim who has completed the journey is perceived as having a slightly higher status in society than one who hasn’t. It is not to mean that he or she is more important in any way manner or form; it is just a status that originates from human nature. When you have done something that is important to others, won’t they consider you important?

Hajj has brought all kinds of benefits to the holy city of Mecca; the one place Islam is at its most saturated form. Hajj brings Muslims as well as non-Muslims together to embrace and appreciate the miracle of the Kaaba. It has brought economic development to Makkah and the city of Mecca that facilitate the event. Hajj is an event that perhaps has the greatest impact on Islam as is evident in Mecca, Makkah.