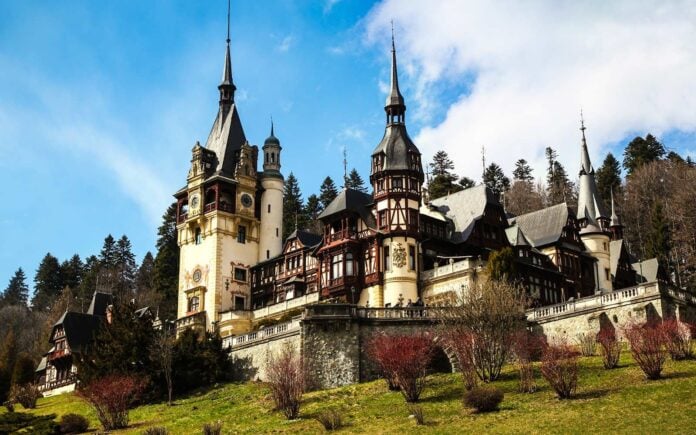 The castles of medieval times were built by master builders, and took between two and ten years to complete. Raw stone was chiseled into blocks by masons, and manual cranes were used to put them in place. Ropes with knots marking each meter were used to measure wooden beams, along with right angles made from wood.

The precision that went into building castles was impressive. Although, it wasn’t just castles that were constructed with precision. In the mid-15th century, geometrical precision played an important role in evolving the indestructibility of fortresses.

Traditional ring-shaped forts from the medieval era were extremely vulnerable to cannon fire damage. The enemy could easily approach this type of construction because they couldn’t be seen or shot at from nearby walls. Enemies often climbed the walls undetected. The star fortress – a geometrical masterpiece – solved this problem.

The star fortress was a move from defense to offense

Star forts impressive from an aerial view, but they weren’t designed for aesthetics. Their star-shape served a specific purpose.

CastlesAndManorHouses.com explains the reason behind the intentional construction of star forts, “Another important design modification were the bastions that characterized the new fortresses. In order to improve the defence [sic] of the fortress, covering fire had to be provided, often from multiple angles. The result was the development of star-shaped fortresses.”

Building the fortress walls in the shape of a star maximized the use of flanking fire against enemies who were able to reach the base of any wall. As long as guards were on duty, no enemy could scale any wall undetected. At the base of each point was a cannon that had a clear line of fire, which protected the other points.

The star fort design was so effective, it spread throughout Europe for three centuries. Beyond protection for castles, the star-shaped design influenced the pattern of Renaissance cities. You may have heard of these star-shaped cities – some of which are still around today.

These cities were constructed just like the fortresses around castles, and provided the rural population with protection during attacks. This fell out of favor when heavy artillery replaced walls in warfare.

It’s not uncommon to see a castle among real estate listings. There are even websites dedicated to listing castles for sale and for rent around the world. However, castles are available even in places like Minneapolis. Many people take pride in buying and restoring European style castles all over the world. Some even rent them out. The surprising part is castles aren’t as expensive as they sound. Many of them go for under $700k USD, which is far less than some people pay for small 3 bedroom homes in major cities.

Castles are a profitable investment, considering the materials used in construction are generally durable. That’s why they’re still standing after hundreds of years. Castles can be a legitimate source of rental income for investors, and simply because it’s a castle, it’s possible to collect higher rent. As Green Residential points out, raising the rent is a viable way to increase cash flow. In fact, there isn’t any conventional real estate advice that doesn’t apply to castles.

One of the more interesting aspects of the architecture of castles is that many castles have narrow doorways that made it impossible to bring anything large through. Often, furniture had to be brought into each room in pieces and then assembled inside. This is one reason castle listings include the original furniture and artwork in the sale. The only way it’s going to come out of the castle is if someone breaks it down.

Castles have always fascinated people around the world. Kids are often given art projects in school to recreate famous castles. They’re an important part of history around the world, and it’s difficult to find a culture that didn’t build some kind of castle or fortress to protect against enemy invasion.

Perhaps part of the reason we love castles is because the human brain loves symmetry, and castles – along with their fortresses – provide the ultimate geometrical symmetry.

Six of the Best Architecture Firms in New Orleans

Robert Gombos - January 19, 2021 0
High quality cleaning equipment supplies are among the many things you need to start up a cleaning business. With the right cleaning supplies, it...

Can Luxury Aviation be Sustainable?

Can Luxury Aviation be Sustainable?