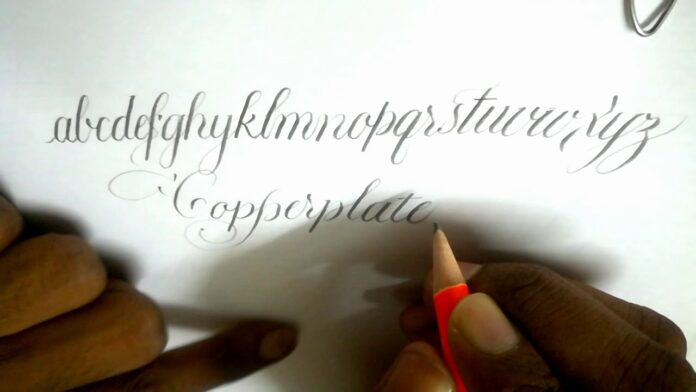 When many hear the word art, they virtualize stellar drawings and sculptures typical of what would be found in museums and galleries. As such, many tend to overlook the day-to-day elements of art that adorn walls, graphic designs, menus, invitations, and ancient parchments in search of the Picassos.

Among the masterpieces of art that tend to be taken lightly is calligraphy. In Greek, the word calligraphy means beautiful. A testament that its worthy of the name are the myriad parchments from ancient times. Among Islamic folk, this is not merely a form of art instead of a font of holistic material.

Here, we delve into the art of calligraphy, going back up to the age where artists produced parchments using ink-dipped bamboo (with ends cut to a nib) and yet exhibited every curve in the letters with such prowess.

Having gained much supremacy, the history of the art finds its roots from different origins. Among the most common points of view include:

According to the Persian history of calligraphy, the writing sprouted between 500-600 BC in the pre-Islam era. During the 3rd century, languages like “avastaee” and “pah lavits” grew and spread wide in Persia.

After the Islam initiation in the 7th century, Persians adapted the Arabic alphabet developing a unique Farsi alphabet.  The script, which was mostly associated with the geometric art of Islam(arabesque) mainly consisted of vertical and horizontal lines of different sizing.

The Arabic alphabet consisted of 29 letters running from right to left, which later spread to other forms of calligraphy and embraced widely. The most popular manuscript in the Arab peninsula was Kufi.

Calligraphic writing is an essential and focal element in Chinese history. Unlike other cultures, the Chinese created their written documents on an ink stone and paper using a brush, and ink. According to various sources, the art predates to 206-420 BC.

Within the Chinese calligraphic history, there existed three forms of calligraphy mainly; small seal, clerical seal, and cursive. Over time, the fonts were intertwined narrowing down to two popular scripts of the north and south.

Between 581 and 907 BC, dynasties of Sui and Tang unified the scripts resulting to the modern day calligraphy. Among the notable contributors and calligraphers in the Chinese account are Wang Xizhi, his son and nephew: Wang Xianzhi and Wang Xun.

Unlike the former and the latter, western accounts date to later on in the 3000 BC. Western calligraphy is said to have sprouted from Latin writing systems which were in the form of writing inscribed by reed pens on long rolls of papyrus.

After the invention of print, however, the art lost its primacy until Edward Johnson reintroduced teaching calligraphy courses in London.

Apart from its pictorial wealth, calligraphy bears rich connection with history and the Islam religion. Sadly, the art is slowly fading into account with the modern alphabet being taught widely. As such, it remains for artists to learn the font of scriptures and preserve it to pass it on to coming generations.

For aid in excruciating history and research papers, Paper Writing Pros should come in handy helping you get original material and prepare an essay that earns you spurs in your discipline.

Learning the Lost Art of Wet Shaving with a Straight Razor

Exploring the Essence of Hajj in the Holy City of Makkah

7 Good Reasons to Take Up Art and Craft