JASMINEDIRECTORYthe art of publishing
More
Home Art Why is Met Gala so important for the Art World? 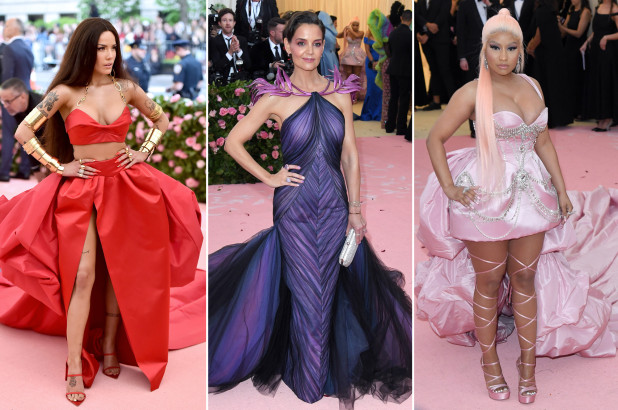 What makes Met Gala special? Some would say that Met Gala is just another red carpet event. Well, it’s a star-studded event, but its main purpose is to raise funds for The Metropolitan Museum of Art’s Costume Institute. Every year the theme of the event is different, so you will not see many traditional outfits on the red carpet. As stated before, every year the guests are asked to dress according to a theme, the theme of the spring exhibition. In 2019 the theme was “Camp: Notes on Fashion” and it revealed on the red carpet unique, extraordinary outfits.

When you say Met Gala, many people will remember some of the most dazzling dresses the red carpet has ever seen. Rihanna’s beautiful yellow Guo Pei regalia or Cher’s see-through Bob Mackie gown. The main role of the event is to reinforce the role of fashion for culture, even if the guests decide to take inspiration from the theme or they ignore it, they will definitely display some of the most alluring outfits the fashion world has ever seen.

Patricia Field stated, “The Met Gala and the Costume Institute shine light on the creative process of design”. It’s widely known that the art world has a huge impact on fashion, but fashion also influences art. This event has the role to show the close connection between them, and through the themes, it chooses annually it draws people’s attention.

If Met Gala wouldn’t be organised, the Costume Institute would face great challenges in finding funds. Irene Lewisohn founded the Museum of Costume Art and in 1946, and later it merged with the Museum of Art. Even if it’s part of the Museum, it still has to raise funds on its own because many people still have doubts if they should call fashion a form of art. Multiple patrons support financially the gala and the institute.

When Eleanor Lambert first started the event, it was organised under the form of a meeting of high-class New Yorkers. Many years it was called the Party of the Year and all the guests had to pay a $50 ticket to join it. At present people have to pay around $500, let’s say that the inflation is the main reason for the more expensive price. Before 1972, the event was hosted by top venues like the Waldorf Astoria, but since that year, it’s held annually at the museum.

When Diana Vreeland was named a special consultant at the museum in 1972, she decided to transform the social gathering into a fashion show, she introduced the yearly themes and she asked guests to dress accordingly. She revolutionized the idea of costume shows, she decided that it was the moment to bring more creativity and life into these displays. Vreeland’s first costume exhibition was called “The World of Balenciaga” and it was one of the most successful events in the fashion history. Her efforts to organised exquisite events augmented the idea that fashion is a form of art, it has a great influence on culture, and it has the same cultural value as painting and sculpture.

Because of her new approach, people no longer considered costumes a niche, it was a part of the fashion world, they were thrilled to discover and even explore. Diana Vreeland transformed the event, it was no longer a traditional display of historical garments, it was an opportunity to connect them with the modern fashion world.

In 1995, Anna Wintour, the editor-in-chief of Vogue was appointed as the new head of the gala and she planned the meetings since then. At present, Met Gala is a red carpet event that attracts celebrities from different domains, like music, art, film, sports and even politics.

To better understand why everyone considers Met Gala a vital event for the fashion world, we will list some of the most iconic outfits worn throughout the years.

In 2015, Rihanna was named the winner of the night because she impressed everyone with her bright yellow cape gown. Guo Pei was not a very famous name before this event, but this gown gained her a lot of recognition in the fashion world. The dress was part of a collection Pei launched in 2010, but no one wore it out of the runway before Rihanna. She showed the confidence of a queen on the red carpet, stepping in a gown made from hundreds of gold threads and fox fur.

In 2016, Blake Lively dressed her baby bump in a giant gown. She looked like a princess in her baby pink dress with floral accents. Blake Lively is one of the regular guests at the Met Gala, and in 2016, she took part in designing the dress. Burberry stated that they used blush pink silk organza and sheer organza ribbon, embellished with hand sewn Perspex petals.

Zendaya was the Joan of Arc of the Met Gala in 2018, she stepped on the red carpet in an armor dress made by Versace. If at the first glance, the gown was all-metal and chains, at a closer look it featured glimmering sequins that made it look even more outstanding. It was a custom-made outfit, the top part including a structured neck plate and shoulder guards. It offered the impression of a knight’s uniform.

In 2019, all eyes were on Ezra Miller when he stepped on the red carpet. He wore a Burberry suit, a rhinestone corset, and matching wingtips jewelries. He covered his face with a mask of his own face, but when he took off the mask, he revealed to the cameras that his face was painted with five optical-illusion eyeballs surrounding his real eyes. Miller came with the idea of the look and Riccardo Tisci, the creative director of Burberry was more than thrilled to bring it to life.