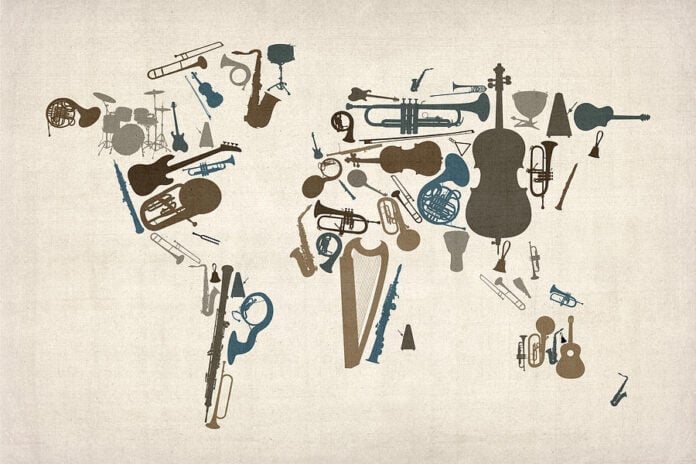 It is rather an interesting phenomenon when a person has artistic tendencies; he is inclined to find that it is more than just one type of art that runs in his veins. Famous musicians are among those, and we find that many of our favored musicians have artistic hobbies that they have gone on to show to the world.

The painting comes at the top of that list, and it is with inspiration and awe that we write about some of those famous musicians who showed their painting skills to the world.

Not only does she affect the fans with her unusually touching voice, but Joni has also proved herself as a painter. In fact, she started her career as a painter and as part of her uniqueness, she designs her own album covers. She has always considered herself a painter, but her voice puts her among famous musicians, and of course, she is a proven songwriter.

‘The Prince of Darkness’, as Miles Davis is famously known, took up painting in his 50s and strangely enough, this accredited musician not only came to be known as a painter, but his artwork went on to be published. His painting is influenced by famous artists like Picasso, but he is also known to be affected by the color trends that are characteristic of African culture. To him, painting is an art and a therapeutic way to spend the time when he is away from his beloved music.

With his heart always in music, Johnny Cash never saw himself as a painter but his painting said a different story. They were always in demand and even though he had little time for painting and sketching, but what he did do left its mark. Still, he is known more like the musician that he prided himself on being.

Of course, we all know Johnny Depp as the talented actor that he is, but he is also a musician and painter. Not only that, but he paints poignant portraits that proclaim him as a talented painter with a style that is all his own. What a surprise it is to see the many layers of this great man!

Known as Yusuf Islam ever since he took up Islam in the late seventies, he has been lately inducted into the Rock and Roll Hall of Fame for his music. His goal had always been to be an artist, and as such finding fame as a musician, he implemented his art into his albums. Cartoons and children’s book illustrations were also right there along the way with his music. It has been obvious over the years that he is no less an artist than he is a musician.

To David Bowie, art is an expression and he has used all the abilities ingrained in him to create an icon in music and in the art as well. Both forms of art are intertwined in a creative process that makes the paintings reflect his music while at the same time his music has also been known to reflect his art. A strange mix that he himself does not know which form of art begins until a completed work takes shape. The result is a piece of exceptional music or even a landscape!

Kim Gordon is there in front of her fans as a bassist in a band, but she has always considered herself more of an artist than a musician. She has had several art shows portraying her works like The Show is Over, Design Office Coming Soon, and Sprayed. For her, visual art and music go hand in hand.

It is strange how we think we know someone when we know so little about them. Michael Jackson, who has been known all his life as an unrivaled musician, was actually a very talented painter whose prowess showed when he was barely a nine-year-old boy. One of the portraits that he painted and was also a great influence in his life was a painting of Charlie Chaplin. ‘The King of Pop’ was a painter and a talented one at that!

These were just a few examples, but there are many more musicians who are also visual artists, some have come to show their work to their fans while others kept it as a hobby but whom we later discovered were more than just good.

An Introduction to the Life and Times of Laura Riding