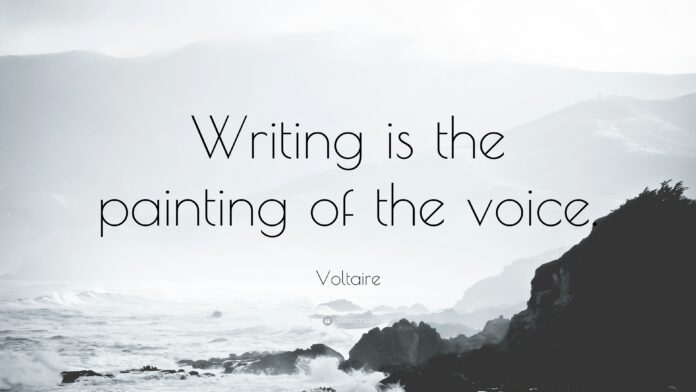 If you`re equally good at incredibly complicated creative activities, you may consider yourself a genius. We have a list of authors to inspire you to develop your talents.

We have been nourishing this common belief for too long time. We think that we can be extremely talented in only one activity, and others just come as a backup or hobby.

It seems logical if you think about it. At universities, we are trying hard to get to know all pitfalls and perks of only one job because, as it always goes, we are supposed to focus our energy and brain force on a certain profession. If we decide to go on with sayings (well, apparently, you don`t decide, so I`ll just keep my fingers crossed that you`ll follow me on this one), people are also sure that you can`t feed two birds with one seed.

Wait a minute! Does it mean that our perception of the world, our views, beliefs, and even fears are shaped by some social prejudice and old-fashioned sayings? I`m afraid it does. Of course, being equally talented at several super complicated and challenging things is rare but any of us can do this.

Did you know that a talent can`t be transferred genetically? So, an inborn talent is somewhat a myth that needs to go through a restoration. Our parents can pass us certain inclinations, physical and cognitive advantages. By the way, this usually how it works in sports. Athletes get physical endurance, stamina, strength and elasticity of muscles as a part of a genetic gift from their parents. But if they don`t develop those skills, their talent will be lost.

How about arts? Does it work? There is yet another prejudice or stereotype that we`re willing to share with you. Some people believe that writers aren`t good at painting. They are indisputable masters of depicting characters, plot twisters, personalities, and flaws of society. But when it comes to actual pictures, they fail at this art.

Excuse me, how about all those breathtakingly talented writers who draw illustrations for their own books? Isn`t it an absolutely perfect way to send the right message to readers and to make sure they get the idea right? Finnish novelist Tove Jansson created little moomins not just in her head but on a piece of paper. And that`s how we got the imperishable image of moomins in our minds and hearts in childhood. I guess there is no need to remind you that Antoine de Saint-Exupéry also added his own illustrations to the story about “Little Prince”, which exists beyond time and space.

As a literature expert at GreatPaper company and an aspiring painter I am deeply interested in the connection between writing talent and painting talent. So, I decided to share a few really motivating stories here, which do prove that a talented person is talented in everything. It`s time for each of you over there, on the other side of the screen, to believe in it. 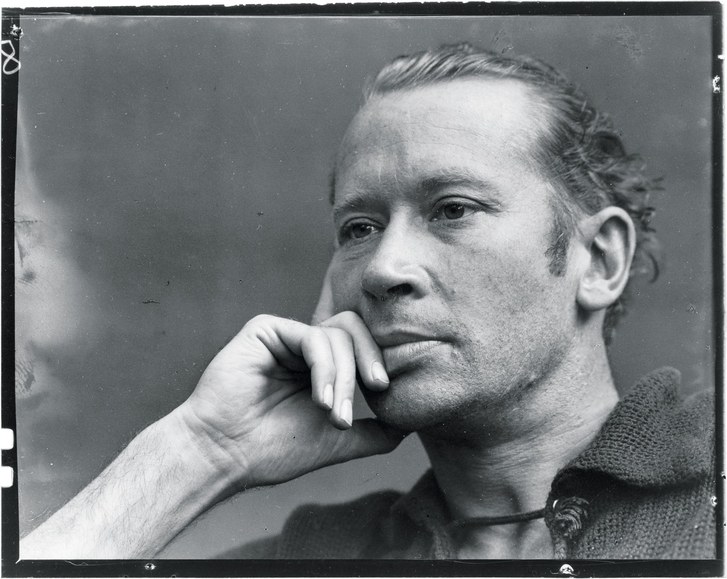 Don`t be surprised if you see “ee cummings”, this remarkable writer and painter, on this list. And that is the version of his name that he personally preferred. He often signed his works this way. So nope, it`s not an error. He`s an American writer who dipped his toe in all possible genres including poetry, screenwriting and essay writing, managing to conquer their highest waves. E.E. Cummings` biographers claim that he was much more passionate about painting than writing. He dedicated more time to working with a brush rather than a typewriter.

Despite this fact, he`s mostly known for his intricate, ingenious, and elegantly dramatic literary creations. Nevertheless, his paintings became a massive hit, and many of them were sold for thousands of dollars. The best and most prominent feature of those works was yet again a dramatic depiction. It`s possible to describe such strong emotions with words, but how on Earth is it possible to do it through multicolored brush lines? 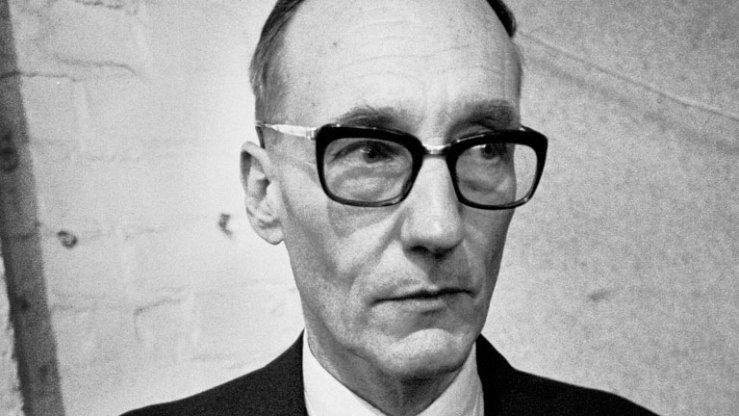 If you`re familiar with his “Junkie” or “Naked Lunch”, you`ll agree that this man is definitely able to make bold, risky decisions when it comes to writing. Because his literary creations can be called everything but commonplace or basic. This American writer showed off his talent applying the postmodern style to his works. And that`s why if you need to feed your brain with some really unusual, brave, and out-of-ordinary ideas, just read a couple of Burroughs` essays. And if you need a constant flow of inspiration that will activate your brain work and creativity, you can hang one of his paintings at home. But I must warn you, it may take some time to get used to them. And when you do, you`ll keep saying that this is the best art in the world.

Just like his novels, his paintings impress you with originality of the conception. William S. Burroughs didn`t use paint or brushes, spray cans were the weapon of his artistic choice. And a gun! The American genius got his inspiration from Brion Gysin, so there is nothing to be surprised about because they were the best friends. Besides, Gysin came up with the “cut-up technique” which was widely used by Burroughs. To put it simple, you should write a text, cut it in pieces and rearrange them so that you can create a new text. It`s crazy, but it`s super creative and cool. 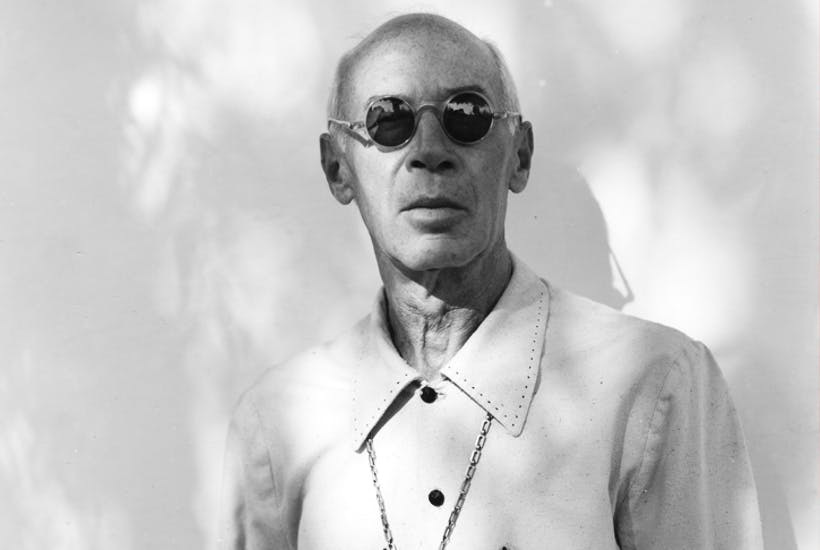 His literary works were banned for multiple reasons, but a true artist never gives up. Henry Miller was an American writer (and a painter, of course) who is best known for his novel “Tropic of Cancer”. At some point, he became persona non grata in the world of literature, so he switched to putting so much of himself into painting.

And this talented man was incredibly productive. He painted thousands of pictures, and many of them were sold for dozens of thousands of dollars, but after his death, as it usually happens with unrecognized artists. Abstract watercolor was his favorite style, so most of his creations look very light and elegant. And some look a bit pervy. But if that`s how the artist perceived the world through the lenses of his talent, then it`s acceptable.

Tell me what this man can`t do and you`ll find nothing to say. The most beautiful poems and even songs (because some of his creations served as a basis of song lyrics), screenplays, short stories, novels were created in an ingenious mind of his. He was also incredibly productive in art creating. He created more than a thousand paintings.

Bukowski preferred acrylic paintings, and probably that`s why his works look so heavy and kind of dark yet meaningful. Just like most of his poems actually. An interesting thing about this American-German writer is that he actually attended art courses at Los Angeles City College. It`s hard to imagine how it is even possible that so many aspects of talent can fit in one human being. 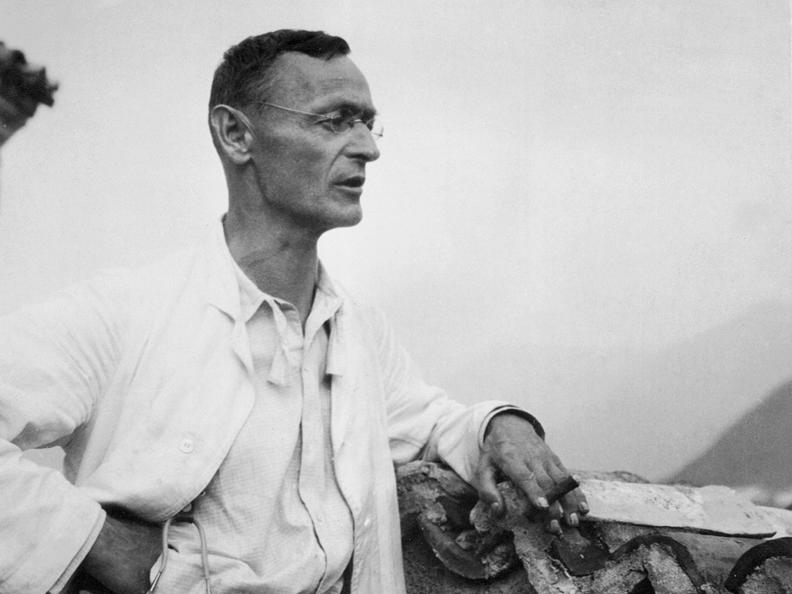 It often happens that we dive into a completely new activity after we go through some shocking and traumatic events. Sometimes people even discover hidden talents after surviving a clinical death. Herman Hesse got a reputation as an author whom every intelligent and self-respective person is supposed to read. He`s very popular among students at universities. And if you aren`t familiar with the works of this German novelist and poet, you should definitely start with “Siddhartha” and “Steppenwolf”.

And if beautiful, minimalistic yet chic art is your passion, you may want to save money to buy one of Hesse`s paintings. There are pieces that cost around $9000, and it`s not that much as for genius’s work.

Herman Hesse started practicing art after he was injured during the World War I, which led to the collapse of his marriage. He went to Switzerland and found its landscapes to be highly inspirational, so he dedicated most of his free time painting them with watercolors in order to heal his burning soul and forget about the injury. Hesse`s landscapes are very calming and aesthetically pleasing. This is something you want to look at for hours getting home after a long day at work or university.