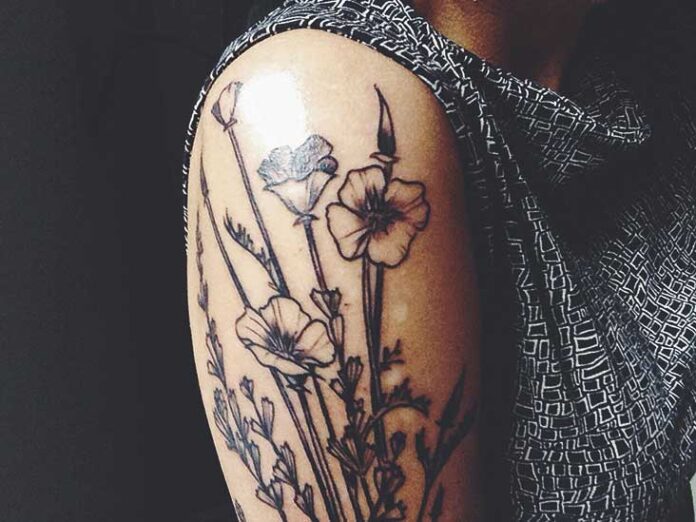 Body modification is not a very modern trend, as the young think. Tattoos, piercing and scarification originate in Africa, South Asia and Middle East. History shows that tattoos have always been associated with paganism, shamanism, heathen (Baal worship) and occult mysticism. A shaman is an intermediary between the natural and the supernatural worlds, who is in direct contact with spirits.

Tribal people used to decorate their bodies with images that were thought to be able to banish the evil from their village. Tattooing was often a magical rite, linked to scarification and the tattooing process involved complex rituals and taboos, known only to the shaman and his tribe.

Common piercing sites include the ears, nose, tongue, eyebrow, lip, nipple, navel and genitals, with the ear being the most common site for both males and females.

Scarification is a form of extreme and permanent body modification that is offered in many tattoo shops and piercing shops and it is gaining popularity. It involves a process in which one’s skin is cut, etched, burned or branded into a design, in order to create an inkless tattoo-like scar. Though it is not as widely practiced as tattooing or piercing, it has been around for just as long. The ‘crocodile’ people of Papua New Guinea’s Sepik region, several Aboriginal tribes in northern Australia, and the Karo people of Ethiopia are just a few of the many cultures who, to this day, participate in traditional rites involving scarification.

Extreme modification techniques include tongue-splitting, scarification, branding and having implants put under the skin. Nowadays, body modification has become a powerful trend. Returning to England after a long 2 years absence, I noticed more and more people with tattoos. A decade ago, there were about 300 tattoo shops in Great Britain; now, the number exceeds 1500. Statistics show that 20% of the English people have tattoos on their bodies. In America, things are not better: 36% of youngsters and 40% of adults enhanced their bodies with different kinds of scarification.

The question is: what motivates the modern individual to engage in practices that are stigmatizing? Moreover, what psychological and interpersonal benefits do individuals obtain from these practices?

Tattoos and piercings on men are seen by themselves very differently than how women perceive their tattoos. Men often get tattoos as a mark of camaraderie or because of an event that they want to connect with. With regards to how they see themselves afterwards, tattooed men view themselves as being more attractive than men without tattoos.

Many people say they use body modification to document important life events, structure their social identities, and overcome difficult past experiences. The most common reasons are: to define group membership, religious acts, rebellious acts, in the memory of a loved one, they think tattoos make them feel attractive, rebellious, strong, sexy or unique. Our current society craves individuality and self expression. And now, many people wear their artistic expression.

However, psychologists think these practices are not normal behavior. In their opinion, scarification has always reflected a note of rebellion.

Most people say that the design of the tattoo must represent them, must be an expression of their personality. Psychologists think that no matter how expressive a tattoo is, it denotes a poorly defined identity. Those who choose to “mark” their body consider that they are not sufficiently representative by what they are as individuals and such, a design would “complete” or would “strengthen” their image.

Specialists state that a tattoo can’t complete or enhance one’s personality. On the contrary, it is a calling card, but with negative details about that person: vanity, immaturity, undefined identity, the desire to be noticed by others, it denotes a person who thinks he/she is not given the attention he/she wants, he/she is not loved or appreciated by loved ones.

A number of studies (including Braithwaite et al., 2001, Brooks, et al. 2003 and Suris, et al. 2007) have found positive correlations between body piercings and risky behaviors, such as having multiple sexual partners, unprotected sex, smoking and illegal drug use. These studies leave little doubt that young people with body art engage in more risky behaviors than the others.

For some, body modification represents beauty or spiritual exploration. Others view it as disfigurement, and some doctors suspect that it’s a possible symptom of a mental disorder.

Robert Gombos - May 17, 2021 0
Currently, the world is facing an unprecedented crisis of dealing with the COVID-19 pandemic, which has claimed many lives and paralyzed many businesses. As...
edit

How to Hire a Chauffeur

How To Get Ready To Rent

How to Hire a Chauffeur