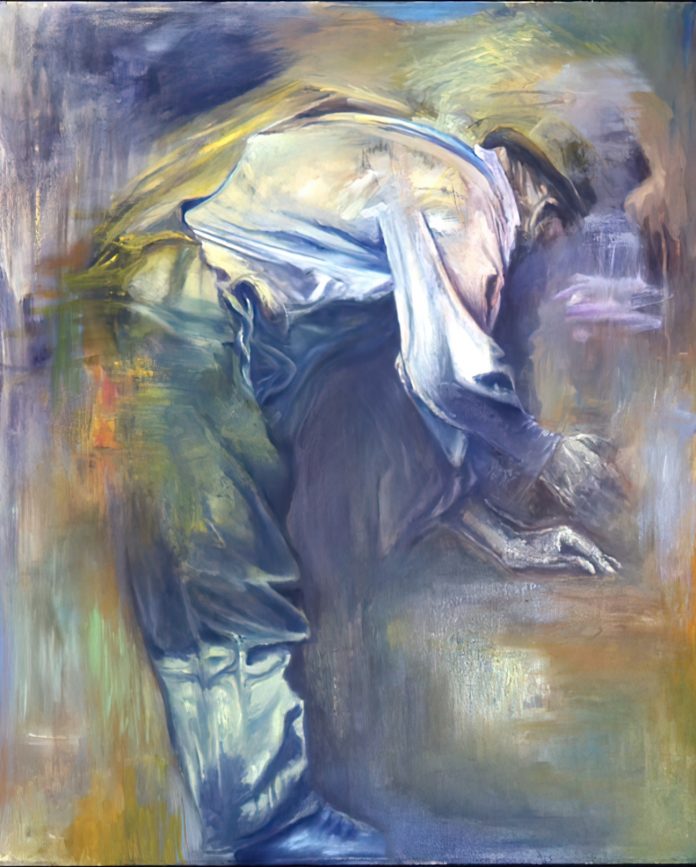 What is the film Work At Hand all about?

Michael K. Paxton: As most things go, the very early beginnings of what would become this film started innocently enough when my long time and close friend Peter Hartel came up to Racine, Wisconsin to shoot some footage of the installation of my huge seventy-four-foot-long mural so I would have a record. After that each time I had an opening or artist talk, Peter would show up, and as the good friend he is, would shoot some more footage for my records.

Fast forward about twenty years and one day Peter mentioned that we had this old footage and we should put it together as a film. Once down this road the project went from a short about old work, to a trip to the heart of my home West Virginia complete with interviews with my family, a trip to Marshall University, interviews with collectors and curators, transferring early reel to reel video, innumerable slide transfers and scans of collections of photos of coal camps, childhood, and a plethora of images from my over forty-year long career.

Once this was all gathered, Peter ran into Libi Hake at the dog beach here in Chicago, mentioned the film and the need to edit it. More than two years later with Libi now as Editor/ Co-Producer, Work at Hand, Michael K. Paxton is a full broadcast length documentary film that humbles me. That is no small feat. With no huge funding and a dedication of true professionals this film now moves to the next step of folks getting to see it. My wife Jeanne Nemcek, a wonderful artist herself and my partner for now close to thirty-seven years is the true star of the film. My Aunt Lelia Given now sadly gone is interviewed and shows what real class looks like at 97. June Kilgore who made me the artist I am today is remember, as she should be. Lastly my work in all its developmental stages speaks for itself.

Now the website and trailer for the film is online and the finished film begins its journey seeking a spot in festivals and traveling to screenings. The nearly four years of diligent work of Peter and Libi has shown that they believe in me even more than I believe in myself. The fact that I started as a sixth generation West Virginian from the coalfields of deepest Appalachia has flavored everything I have done or will do. But in conjunction with this and an equally strong factor are the decades of working and living as a Chicago artist.

Michael is an adjunct faculty member of Columbia College, Chicago since 2005. He holds a B.A. in Art from Marshall University, 1975, and an MFA in Drawing and Painting from The University of Georgia, 1979.

One Question with Aron Packer, Art Dealer and Owner of Aron Packer Projects

One Question with Caroll Michels, author of “How to Survive and Prosper as an Artist: Selling Yourself Without Selling Your Soul”

One Question with Paul Segedin, Editor of “Leopold Segedin: A Habit of Art”