There has been a mammoth increase in the use of CBD for a myriad of mental and physical conditions. More people than ever are asking questions about this newly discovered wonder of nature. Indeed, the need for high quality definitive research is greater than ever.

In response to patient inquiries, just this month, the Mayo Clinic published a review of the latest research in Mayo Clinic Proceedings.

Not surprisingly, the review finds a growing body of evidence to support the use of CBD oils for many conditions. It additionally suggests that CBD has a potential role for treating challenging chronic pain or opioid addiction.

The review provides an overview of the distinction between hemp and marijuana as well as the current legal status of CBD and hemp, and a guide to identifying high-quality products.

“There are many intriguing findings in pre-clinical studies that suggest CBD and hemp oil have anti-inflammatory effects and may be helpful with improving sleep and anxiety,” says Brent Bauer, M.D., an internist and director of research for the Mayo Clinic Integrative Medicine program. “But trials in humans are still limited, so it is too early to be definitive about efficacy and safety.”

Doctors Encouraged to Communicate with Patients about CBD

The review clearly acknowledges the need for more research on human subjects. However, the authors advise doctors to work with patients who are interested in using CBD.

“We encourage physicians to not disregard patients’ interest in these therapies and instead to retain clinical curiosity as well as healthy skepticism when it comes to attempts to explore new options, especially in the context of curbing addiction and opioid overuse. Our hope is that this article will inspire physicians to continue to educate both patients and themselves about alternative therapies utilized by growing numbers of the public, with the example of CBD and hemp oils in particular as it continues to come to the forefront of public interest.”

The Main Area of Promise

The Mayo Clinic Proceedings review acknowledges that one of the biggest challenges in healthcare today is combating opioid abuse. While the focus is on reducing the number of opioid prescriptions and abuse, there is an increasing interest in more treatment options for patients in pain.

“One promising area has been use of the plant Cannabis sativa, both in medical marijuana as well as hemp and cannabidiol (CBD) oils, with some evidence that access to medical marijuana is correlated with a decrease in opioid use, although there has been controversy about the risks and benefits of encouraging poorly regulated medical use of a known substance of abuse.” According to the National Institute on Drug Abuse, every day, more than 130 people in the United States die after overdosing on opioids. Misuse of and addiction to opioids affects public health as well as social and economic welfare. The total “economic burden” of prescription opioid misuse alone in the United States is estimated at $78.5 billion a year. This includes the costs of healthcare, lost productivity, addiction treatment, and criminal justice involvement.

An Area of Concern with CBD

The main area of concern outlined in the review is unregulated hemp products on the market and possible interactions.

Additionally, concern is expressed about the presence of synthetic cannabinoids available on the market, such as “​spice​”. Spice has severe adverse effects and has led to hospitalizations. A 2017 survey reported that of 84 online CBD products examined, only 26 were accurately labeled for CBD and THC content.

Promising early data on CBD’s impact on a wide variety of conditions has spurred many researchers to step in. Their trials are looking at the effect of CBD on anxiety, pain, opioid addiction, depression and other health problems. ​National Institutes of Health funding​ for CBD studies went from zero in 2014 to approximately $16 million in 2018.

CBD Research for Anxiety and Sleep

An example of recently published research is in the area of ​anxiety​ and ​sleep​. In January, ​The Permanente Journal​ published “​Cannabidiol in Anxiety and Sleep: A Large Case Series​”. The point of the case series was to determine whether CBD helps improve sleep and/or anxiety in a clinical population. It included monthly documentation of anxiety and sleep quality in 103 adult patients. The study used sleep and anxiety scores on validated instruments for measurement.

The final sample consisted of 72 adults.

The results of that case study found anxiety scores decreasing in 79% of the patients in the first month. Sleep scores improved in 67% of patients.

Cannabidiol (CBD) as an Adjunctive Therapy in Schizophrenia: A Multicenter Randomized Controlled Trial​ reports the findings of CBD use in 43 patients and a placebo group of 45 patients. Participants were assessed before and after treatment used standardized scales.

After 6 weeks of treatment, the CBD group had lower levels of psychotic symptoms. Also they were more likely to have been rated as improved by the treating clinician. CBD patients also showed greater improvement in cognitive performance and overall functioning as compared to the placebo group. This study found that CBD was well tolerated and that the rates of adverse effects were no less with the placebo group.

Most assuredly, the condition that has the best documented research is childhood epilepsy.

In March of 2018, The Lancet published the results of a clinical trial of CBD with 171 children with Lennox x-Gastaut syndrome, a rare and severe seizure disorder. In addition to their normal medication, half of the participants got doses of CBD. The other half received their regular treatment plus a placebo. After 14 weeks, the patients taking CBD saw a drop in monthly seizure frequency of about 44 percent; seizures in people who took the placebo dropped almost​ 22 percent.

There was more diarrhea, sleepiness, poor appetite and vomiting in the people who took CBD than in those who got the placebo. But overall, side effects were considered minimal.

The data from this trial and several others was compelling enough to prompt the U.S. Food and Drug Administration to approve the CBD drug Epidiolex in June 2018. 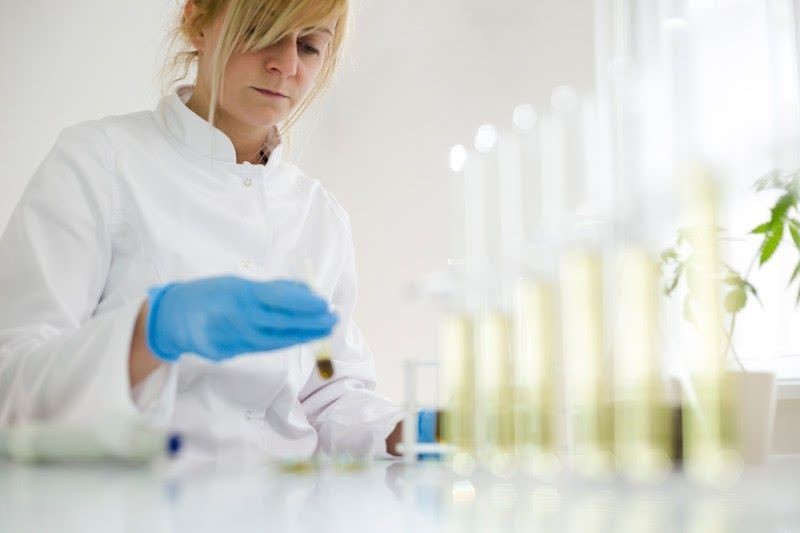 What Scientists Know About CBD

Scientists actually know quite a lot compared to what was known only a few decades ago.

For starters, we know that CBD is a natural compound found in greater or lesser quantities in the cannabis plant. CBD interacts with the body’s very own endocannabinoid system or ECS as it is known for short.

This system is one of the body’s many systems which include the muscular system, the digestive system, the skeletal system and so on. Though it is much less known than other systems (having only been discovered in the early 1980s), the ECS is, nonetheless, extremely important to our health.

CB1 receptors are found all over the body—in the brain, spinal cord, and some organs and tissues such as the spleen, white blood cells, endocrine gland and parts of the reproductive, gastrointestinal and urinary tracts. The CB1 receptors in the brain affect pain, coordination and movement, thinking, emotions and mood, appetite, and memory.

What Does CBD Do? How Does it Work?

So what exactly does CBD do? Unlike THC, the cannabinoid in marijuana that creates the “high”, CBD does not bind directly to the cannabinoid receptors. Instead, CBD actually delays the uptake of the bodies own endocannabinoids—particularly one called Anandamide (AEA).

CBD does this by inhibiting the production of the enzymes responsible for breaking down AEA.

In doing so, AEA stays in the body longer than it would have otherwise.

AEA, also known as the “bliss molecule”, contributes to homeostasis (balance) in the body. One way that anandamide contributes to this balance is by binding to cannabinoid receptors and encouraging the development of nerve cells in the brain. This process is important because the formation of new nerve cells in the brain is necessary for functions such as memory and learning.

Surprisingly, even in the most well-researched condition, epilepsy, researchers have a lot of questions. They actually don’t know how CBD tames seizures. Early on, the assumption was that CBD latched onto the same chemical receptors that THC connects to. However, as we outlined above, it was discovered that CBD doesn’t seem to latch onto receptors.

Instead, studies in rats and mice indicate other possible ways that CBD is positively impacting individuals with epilepsy. One possibility is its effect on TRPV​ 1,​ a protein encoded by the TRPV1 gene. TRPV1 is known to play a role in pain sensation and maybe epileps​y ​ as well. The other possibility is a cannabinoid receptor called GPR5​  5. GPR55 may change the activity level​         of nerve cells in the brain, a feat that may be behind CBD’s antiseizure power. More research is needed to validate these theories.

Scientists also don’t know whether CBD keeps working year after year. For some patients, CBD seems to still be effective even after years of taking it. But data presented at the American Epilepsy Society’s annual meeting suggests that CBD’s benefits can start to wane after seven months. In a study of 92 children and adults, about one-third of participants needed a dose increase after their CBD doses became less effective. This was reported by researchers from Tel Aviv Sourasky Medical Center.

For Now, Much of the Evidence for CBD is Anecdotal

While scientists work to close the gap between what is known and what is not with research, much of our information continues to come from people who are using the product for themselves.

5 Healthy Habits That Can Save You Money