JASMINEDIRECTORYthe art of publishing
More
Home Art The Unique History of the Ukulele: How the Ukulele Found Its Home... 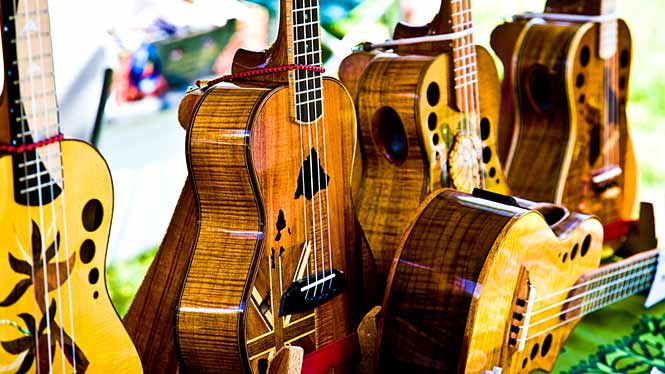 Many people are familiar with the ukulele. But where did it come from? Hawaii, of course!

Well, sort of. There’s a little more to the story.

For this short history lesson on the origins of the ukulele, we’ll have to look at another island – one thousands of miles away, in another ocean. This island in the Atlantic is called Madeira and is part of Portugal, and it’s among the Portuguese that the ukulele has its roots.

In Portuguese, the word Madeira means wood, and it’s the perfect name for such a thickly forested island. The abundance in timber led to a thriving woodworking industry, particularly furniture making.

Visitors from Europe traveled to Madeira not only to enjoy its exotic, tropical flora and stunning landscapes but also to enjoy its culture and the entertainment that the port city of Funchal had to offer. This included lots of music – everything from lively mazurkas and classic waltzes to soulful ballads and folk tunes.

Two instruments stood out: the Spanish guitar and the machête, a small four-stringed instrument that originated in the city of Braga in the country’s northern region. The machête – pronounced “ma-CHET” – was also known as the machéte de Braga or the braguinha.

From the Atlantic to the Pacific

It wasn’t all music and sunshine on the island, however. Sometime in the 1800s, Madeira went into decline as a result of natural disasters, famine and poverty. Even the once-booming wine industry suffered. As a result of the difficulties of living on the island, many Madeirans started looking for better opportunities elsewhere.

They found what they were looking for in what was then called the Sandwich Islands.

In these islands, which we now know as the islands of Hawaii, there’s one product that people the world over crave: sugar. The climate in the tropical islands provided the perfect conditions for growing sugarcane, making Hawaii one of the top sugar-producing places in the world.

The problem was the planters didn’t have enough workers in the plantations and factories. Many natives succumbed to disease (which were probably brought to the islands by colonizers), so there was a severe lack of labor.

Word of the need for more workers soon reached Portugal. In Madeira, men and women were offered three-year contracts as field laborers. Their contracts covered their sailing passage, monthly wages as well as room and board.

Once the contracts were signed and their meager belongings packed, the Madeirans sailed across the sea with their families to where the sweet life waited for them. It is said that more than 25,000 people from Madeira arrived on Hawaiian shores in the late 1800s.

The Music of Madeira Makes An Impact

In August 1879, the British ship SS Ravenscrag arrived in Honolulu after four months at sea. On it were three woodworkers who would come to be known as the pioneers of the Hawaiian ukulele: Jose do Espirito Santo, Augusto Dias, and Manuel Nunes.

Also on the ship was musician Joao Fernandes, who had entertained his fellow passengers using a borrowed machête during their voyage. Fernandes was said to have celebrated with a lively song and dance upon their safe arrival at the harbor.

Soon after they arrived, the Madeirans – their music and “strange instruments” in particular – had made local news. The machête was described in the Hawaiian Gazette as “a kind of cross between a guitar and a banjo.” The Madeirans were said to have been performing their music every night on the streets, delighting the people.

Let’s go back to the first three men we mentioned. What happened to Espirito Santo, Dias and Nunes?

Well, after they fulfilled the terms of their contract as sugar plantation workers, they went to Honolulu to try their hand at woodworking again. It turned out to be a good decision as Honolulu’s furniture trade was flourishing then, and there were plenty of woodworking businesses and furniture stores.

Espirito Santo and Nunes worked in what was then Hawaii’s largest furniture store, while Dias set up his own small woodworking business in 1880. Aside from furniture, Dias also made musical instruments.

Nunes soon set up his own shop a mere three blocks away from where Dias had his store. The two Madeirans advertised their products in the local papers, highlighting their stringed instruments, guitars and of course, machêtes. Not to be outdone, Espirito Santo also opened his own shop nearby.

The three woodworkers also sold strings and other accessories, repaired broken instruments and resold commercially made instruments. From woodworkers, they had become luthiers. We can also add “music teacher” in the case of Dias.

There is no definitive answer to the question “Who invented the ukulele?” Nunes claimed that we was the ukulele’s inventor, even announcing it in his ads – but he may just have been the first one to lay claim to it.

It’s often believed that the size, 17-fret fingerboard and outline of the machête’s body became the basis for the overall shape and configuration of the modern ukulele. No matter who came up with the standardized version, the ukulele soon became popular among the Hawaiians – thanks in large part to the last king of Hawaii, David Kalakaua, who promoted the ukulele and encouraged the people to develop their own music with it.

More ukulele makers soon opened their own shops not only in Hawaii but on the U.S. mainland as well. As the years went by, the popularity of the ukulele grew, with people of all ages in various countries taking up the instrument. More than a century after its “introduction” and consequent production in Hawaii, the ukulele remains a steadfast instrument loved the world over. 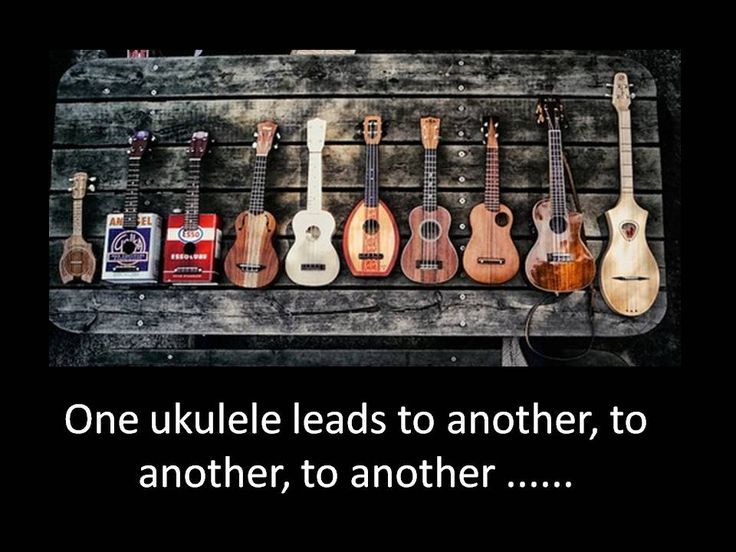 How the Ukulele Got Its Name

The word “ukulele” (uku – flea; lele – jump) had been used by Hawaiians to refer to a cat flea long before the Madeirans came along, so how did it come to be used for the little instrument? Well, there are three major theories:

So there you have an account of how the machéte from Portugal evolved into (or became the inspiration for) the well-loved ukulele. The uke has become so intimately associated with the Hawaiian Islands that it’s hard to imagine it didn’t really originate from there. But wherever the ukulele came from or how it came to be, one thing’s for sure: it’s here to stay for many, many more years to come.