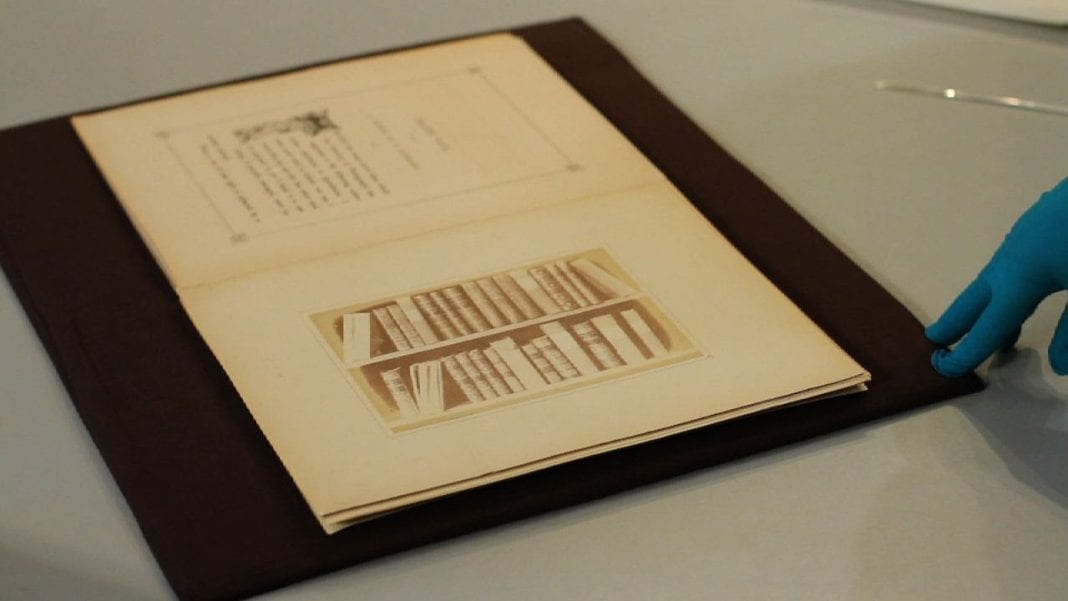 William Henry Fox Talbot’s longtime valet, the Dutch-born Nicolaas Henneman, had worked beside his master in photographic experiments from the start.

With many photographic successes behind him, he shared Talbot’s confidence in the merits of negative/positive photography, and in late 1843 left his sinecure to set up the world’s first photographic production facility in Reading, on the railway halfway between London and Laoock Abbey.

Although he styled himself “Mr N. Henneman, Calotypist”, his operation became known as the Reading Establishment.

It was always his business, never Talbot’s, but his former employer kept it busy with work orders and other forms of support. Even so, by 1845, financial difficulties were swamping the operation, and Talbot brought in Benjamin Cowderoy. a Reading land agent and man of science, to promote the business.

This tableau vivant is one of his efforts. It shows an idealized operation, with the sun shining cooperatively on numerous simultaneous photographic activities. When Talbot and Henneman were working at Lacock Abbey, with ample water and fuel and no commercial pressures, their prints were beautiful.

Henneman attempted to scale up the new art to a level of industrial production beyond the technology’s limits, however, and the quality and permanence of the prints suffered.

He abandoned Reading about a year after this confident picture was staged, relocating to London where the markets were more concentrated.