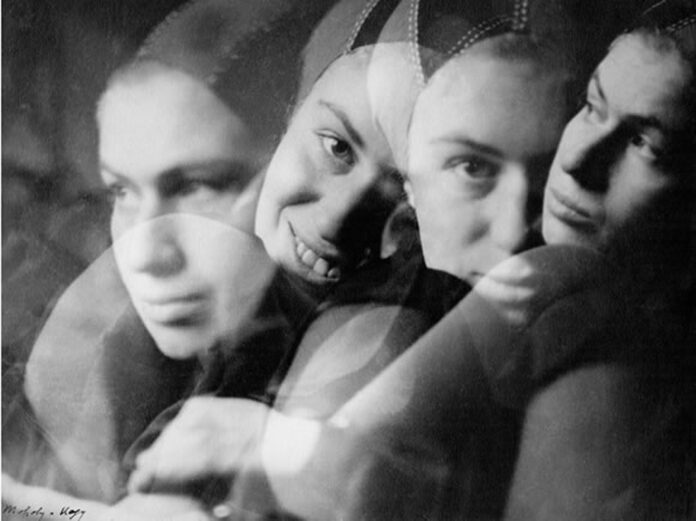 When World War I ripped apart the social fabric of Europe and Russia, the repercussions were felt throughout the globe. The years before World War II marked an extraordinary period of unrest and revolution. Artists responded to the crisis of traditional authority in a manner of ways, creating a kaleidoscope of avant-garde groupings that had an array of agendas.

In photography, the diversity and unpredictability of these modernist visions are characterized perfectly by how the modern self was perceived and pictured in both portraiture and self-portraiture.

Hungarian-born, Bauhaus-based artist Laszlo Moholy-Nagy (1895-1946) hailed the camera as nothing short of “a new instrument of vision” and photography as “the new vision”.

His infamous eight varieties of photographic sight—from abstract to exact, rapid to slow, micro to X-ray, and simultaneous superimposition to distortion—enabled the photographer to recast the world. In 1936 he eulogized: Thanks to the photographer, humanity has acquired the power of perceiving its surroundings, and its very existence with new eyes.”

Crucially he, and his followers, believed that the mechanical camera invested this new vision with optical truth. With regard to portraiture, he suggested that the sitter was “to be photographed as impartially as an object so that the photographic result shall not be encumbered by subjective intention.”

Even late into the 19th century, people subscribed to the notion that one’s face mirrored one’s innermost character. Thus the photographic portrait could be claimed as the perfect expression of the subject’s self: their soul. For those engaged in making what they saw as artistic photography, the role of the artist was to picture their sitter’s physiognomy in such a way as to reveal their true character: ‘recording faithfully the greatness of the inner as well as the features of the outer man’, as Julia Margaret Cameron (1815-79) said of her portrait practice.

Lucia may have taken the exposure but the image exemplifies Laszlo’s approach to the photographic portrait. He appears without context, in one corner of the frame, looming out of a dark, featureless background. The pattern of light and shade presents a study in chiaroscuro.

Moreover, his face is obscured by his hand and what remains is fixed as a motion-blur that seems suspended in a strange multidimensional space-time. The overall effect is to render Moholy-Nagy more as object than subject. The viewer does not feel inclined to wonder about his character, to probe beyond the surface in search of psychological depths. The face is more like a blank canvas that is likely to reflect the subjectivity of the artist, or perhaps the viewer, if any at all.

In the 19th century commercial photographic portraiture was identified with status rather than identity, and this role continued in the 20th century.

The point can be made in one striking photograph: Couple in Raccoon Coats (opposite). Taken on West 127th Street in 1932 by James Van Der Zee (1886-1983), it is one of his photographs documenting the ‘Harlem Renaissance’, the period between the wars when a new affluent middle class of African Americans emerged in New York and there was a flowering of African American literature, art and music. Although rendered in a crisp modern style, the photograph updates traditional ideas of portraiture.

The attractive couple are pictured in their furs, alongside the seductive curves of a prestigious Cadillac Roadster, to signify their wealth and aspirations. The concern here is more with status than psychology.

Artist Silviu Preda and His Expression Towards the Fanatic Consumerism