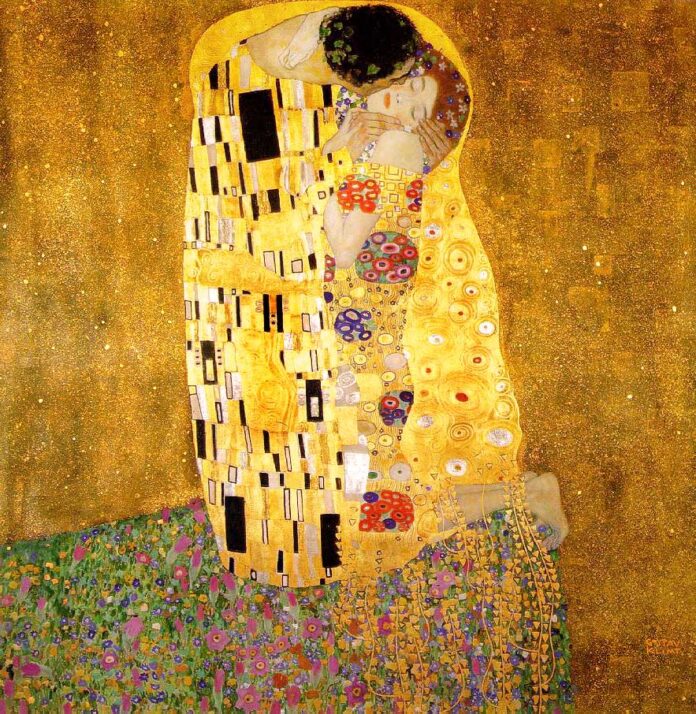 Widely recognized as the greatest painter of the Art Nouveau period and one of the founders of the Vienna Secession, Gustav Klimt (1862-1918) was initially successful as an academic painter of large works inside public buildings.

He developed a more ornamental, sensuous style, synthesizing the stylized shapes and unnatural colours of Symbolism with his own concept of beauty, which often featured beautiful women, allegorical scenes and landscapes.

The second son of seven children, Klimt was bom in a suburb of Vienna. His father, an engraver and goldsmith, struggled to support his family, particularly after the Viennese Stock Exchange crash of 1873. When he was aged fourteen, Klimt entered the Kunstgewerbeschule, the Viennese School of Arts and Crafts.

He was strongly inspired by Titian, Rubens and Hans Makart (1840-84), the most famous Viennese historical painter of the time. Klimt’s exceptional ability was soon recognized and he was commissioned to paint large-scale works for major buildings. These theatrical, dramatic paintings with striking light effects were well received.

However, his interests began moving towards avant-garde art. He withdrew from the staid official artists’ association in 1897 and with some other artists and architects, formed the Vienna Secession.

They organized their own exhibitions that welcomed and encouraged painters, architects and decorative artists working in a wide range of styles, and they produced their own progressive journal, Ver Sacrum (Sacred Spring).

At the time, Vienna was entering a golden age of industry, research and science but as far as the arts were concerned, it remained static and conservative.

The new ideas shown at the Secession exhibitions were welcomed by the public and elicited surprisingly litle controversy. Klimt produced some of his most celebrated paintings during his time with the Secession, which lasted until 1908.

Reflecting his interest in the Byzantine mosaics he had seen in Venice and Ravenna, he used gold and silver leaf, applying coils and spirals reminiscent of Mycenaean decorations. This became known as his ‘Golden Phase’, with works including The Kiss. The period was marked with positive critical reaction and financial success.