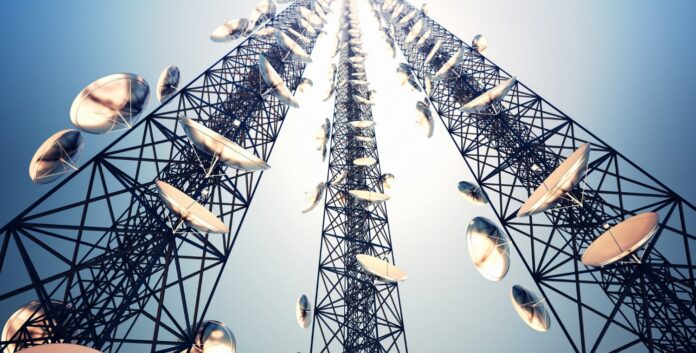 Nominated for the Broadcaster of the Year category in 2017 for Diversity in Media Awards, Sky UK Telecommunications Company has safely earned its place as the best television and broadband internet service providers all across the nation.

The company offers multiple channels, including movies, kids, sports, news, and others. Sky UK Limited is the highest paid TV broadcaster in the UK with millions of consumers receiving its services. Let us look at how the journey began.

The history of the company can be divided into different phases, including the origin and controversies. Here is the historical background of Sky UK, which will give you an overall idea about the growth and development of the telecommunications company through the challenges of various eras.

Sky UK has been derived from Sky. It is one of the most dominant brands in the telecommunications industry all across Europe. It offers its services to five nations – Italy, Ireland, Austria, the UK, and Germany. It serves more than 20 million consumers.

The company recorded huge annual revenue of more than $11.25 as of 2014 reports. Besides taking care of its own interest, Sky UK’s parent company also offers employment to a sizable population, in the region of 31,000 people.

Sky Television and British Satellite Broadcasting merged to form Sky UK on November 2, 1990. It was addressed as BSkyB, which was the abbreviated form of British Sky Broadcasting. It then acquired Sky Italia in 2014 and also enjoyed more than 90 percent interest in Sky Deutschland in the same year.

As a result, the latter’s holding company, British Sky Broadcasting Group plc, named it as Sky plc. Later on, it began to be known as Sky UK because of having a limited reach that would only stretch across the nation.

Sky confirmed that the change in the name was given the formal approval of the shareholders, who met at the AGM on November 21, 2014.

In the late 90s, when technological advancements and online media started gaining momentum, Sky UK could not afford to lag behind. To meet the demands of the competitive telecommunications industry, it launched its first digital service on October 1, 1998. These services went popularly known by the name of Sky Digital. The launch of the digital services virtually divided Sky UK into two sections – traditional and contemporary.

With the launch of the online media services, the challenges for Sky UK increased. The telecommunication company began making efforts in improving the picture and sound quality of the products broadcast online. As we know, digital services prove efficient enough only when the interface is interactive. To ensure this, the company introduced Open, which has now begun to be known as Sky Active.

In 2011, the name Sky got involved in governmental controversies. Former Prime Minister Gordon Brown claimed that the company’s major shareholder, News Corporation, had tried to influence the government policies relating to the BBC to serve its personal commercial interest. The claims came following the parliamentary debate on the Rupert Murdoch and News Corporation Bid for Sky.

To quote the PM, Sky aimed “to cut the BBC license fee, to force BBC online to charge for its content, for the BBC to sell off its commercial activities, to open up more national sporting events to bids from Sky and move them away from the BBC.”

Virgin Media is the company that dealt in offering HDTV set top box that carried several Sky channels. In 2007, the company was involved in a dispute with Sky over issues with carriage of the latter’s channels. This came in the wake of the failure to renew the existing contract between the two parties. It led to Virgin Media removing all basic Sky channels from its network.

Sky UK, on the other hand, initiated several adverts on TV, radio, and other media, which indicated that Virgin Media doubted the credibility of the channels and hence it opted out of the collaboration with the telecommunication company. In November 2008, it was announced that the channels of the company would run on Virgin Media from November 13, 2008.

In late January 2017, Discovery Network blamed Sky UK of paying less for the channels being broadcast. The former warned that it would stop running their channels on the Sky Platform until Sky UK accepted the fair pricing policy. On the contrary, the telecommunication company refused to accept the broadcaster’s demands.

Sky UK, as a result, announced that the Discovery Network’s channels would not be available from the first day of February 2017. With Sky’s decision, Discovery claimed that the company had been paying less for the channels compared to what it paid 10 years ago while Sky UK claimed it was actually overpaying the broadcaster. On January 31, 2017, the parties ended the dispute with Sky agreeing to broadcast the Discovery-led channels.

Sky UK is well-known all across the world for its standard telecommunication and digital services in the UK. If you need to contact Sky, you can check out its social networking portals, including Twitter. You can also obtain its contact information by browsing through the official website.