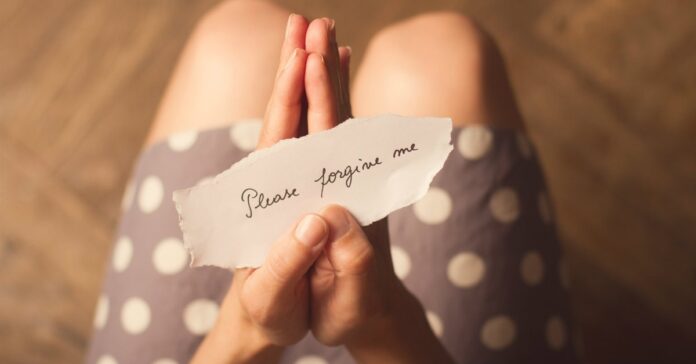 Forgiveness is one of the few things that make us fully human. However, in today’s world that is plagued by hatred, jealousy, and discord, forgiveness seems like a dying trend – even in the Christian church. But what does the Bible, the very Word of God itself, say about forgiveness?

The most prominent example of the Christian art of forgiveness was shown by none other than Jesus Christ Himself. He uttered these words while He was being tortured to death on the cross. Jesus’ life and ministry have changed the entire system of forgiveness. Take note that forgiveness is not on forfeiting justice, but it is knocking on to a higher calling. Jesus’ example of forgiveness on the cross is one of the precedents of how we should learn to forgive others as well.

The Christian art of forgiveness was not only exhibited in the New Testament, in the time of Jesus, but also in the Old Testament. It is evident in the story of Joseph the Dreamer. The story here was that his brothers sold him into slavery, and this was the precursor of the misfortunate events that happened in his life. This verse was Joseph’s reply to his brothers when they had been reconciled after everything that has happened. So what else does God say about the Christian art of forgiveness?

The apostle Paul encouraged the church in Ephesus to forgive one another, pointing to the example of God sending His own Son to the cross for the forgiveness of humanity.

Again, the great apostle Paul stressed the importance of forgiveness to the church in Colossae, pointing to the Lord as the greatest example. Paul understood that we, as imperfect human beings, are bound to offend others one way or another. Therefore, the institution of forgiveness is essential.

Most Bible scholars agreed that the term seventy-seven times is not the numerical equivalent of 77, but more like 70 times 7, which gives us 490 times. But the point being is not to count up to 490, but instead, in the Christian art of forgiveness, forgive continually every time someone does wrong to you.

Jesus, in His sermon on the Mount, even stretched out the Christian art of forgiveness to the point of loving your enemies, and praying for those who offend you.

This verse was Jesus’ statement to His disciples, instructing them that in approaching God in prayer, we should learn to forgive others just as God did. Someone who has received God’s forgiveness must exhibit that same mercy to others as well.

One key thing to the Christian art of forgiveness is love. The proverb explicitly states that if you retaliate and fight back against your offender, it would just do more damage and sever your relationship. Instead, it focuses on love, the nature of God Himself, that allows forgiveness to happen.

Paul was speaking in a letter to the church in Galatia about the fruit of the Spirit. It has to be noted that the word “fruit” is singular, not plural, which means that all of the traits listed in verse must be present in the Christian art of living. It is implicitly stated that learning how to forgive is necessary for a Christian believer.

The Lord’s prayer preceding the verses speaks of “forgive us as we have forgiven others”. This verse should come as a warning for any Christian believer who is unforgiving and unmerciful. God says that the act is wicked, which will be elaborated in the next point.

As previously discussed, God calls being unmerciful and unforgiving a wicked way to act. In the Christian art of living, anyone who wants to approach God’s throne of grace and ask for a pardon must also show mercy to others as well. In other words, God is simply saying that you have no part in His forgiveness if you yourself refuse to show forgiveness to others.

The Ultimate Guide to Virtual Events

Robert Gombos - February 25, 2021 0
Interacting with person to person is the preferred way of conducting an event for many businesses. For many years, live events have been at...

Benefits of Getting Cosmetic Dentistry Procedures

Best Types of Shutters for Businesses