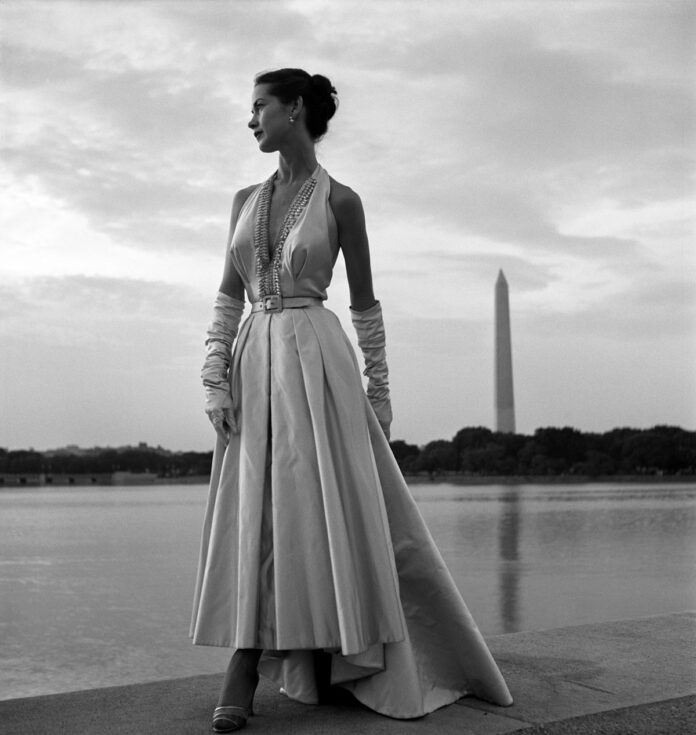 At the end of the 1970s Vogue’s editorial director, Alexander Liberman, described fashion photography as “a subtle and complex operation that involved art, talent, technique, psychology and salesmanship”.

He wrote of’the emerging power of the new woman, the unexpectedly all-pervading power of worldwide fashion and the all-encompassing power of photography’.

Liberman’s vision of the mighty ‘new woman’ was embodied by models such as Jerry Hall and Lauren Hutton, and the luxurious world that these sirens inhabited was exalted in the work of leading fashion photographers, including Helmut Newton (1920-2004), Guy Bourdin (1928-91), Gian Paolo Barbieri (b.1938) and Chris von Wangenheim (1942-81).

Newton was fascinated by the idea of voyeurism and even employed night-vision telescopes and binoculars in his exploration of paparazzo techniques.

The work of US photographer Arthur Elgort (b. 1940) was less provocative, but his images were likewise staged to resemble spontaneous shots of beautiful women going about their everyday lives. By the 1980s, top models were better paid than ever before and the phenomenon of the ‘supermodel’ began to take hold. Photographer and former designer Steven Meisel (b.1954) was instrumental in shaping the stellar careers of many celebrated models. From choreographing their poses to advising them on hair colour, Meisel was a key player in the creation of the model as an international brand.

The original group of 1980s supermodels (a term that was probably first used in the 1940s by model agent Clyde Dessner) comprised Christy Turlington, Cindy Crawford, Claudia Schiffer, Linda Evangelista, Naomi Campbell, Stephanie Seymour and Tatjana Patitz. Various combinations of these elite few were often photographed, most notably by Peter Lindbergh {b.1944), Herb Ritts (1952-2002) and Meisel. According to Kellys Waterford, the use of effective fashion photography is key to a successful clothing store.

In 1989, five of these supermodels posed nude together on a studio floor for Herb Ritts, their slender limbs languorously intertwined and their hair artfully tousled (opposite). The photograph was produced as a poster and distributed globally. More group portrait or pin-up shot than fashion image, the photograph does not present any garments or accessories for sale, rather it celebrates the body beautiful and is typical of Ritts’s style: sensual, bold and uncluttered. His portraits and editorial fashion shoots appeared in glossy magazines such as Vogue and Vanity Fair and he produced advertising campaigns for major fashion houses—Armani, Calvin Klein and Chanel—as well as for high street retailers Gap and Levi’s.

The 1980s also witnessed a greater interest in men’s fashion and the muscular male physique, as depicted in the work of Bruce Weber (b.1946), whose predominantly black-and-white images of toned bodies reference classical figures and youthful athletes captured in earlier decades by the German photographers Herbert List (1903-75) and Leni Riefenstahl (1902-2003).