JASMINEDIRECTORYthe art of publishing
More
Home Editor's Corner 15% of all the adults around the world identify themselves as active... 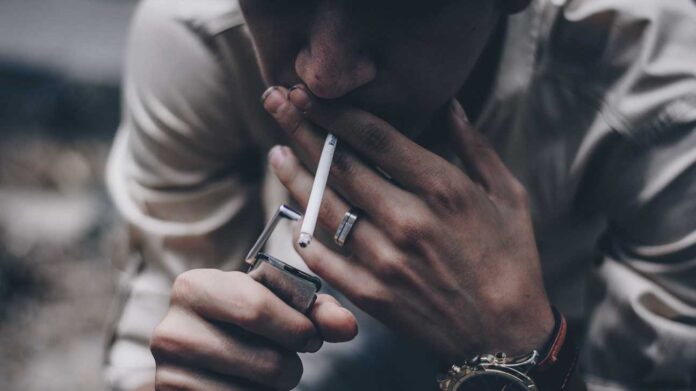 Based on the latest statistics, around 15% of all the adults around the world identify themselves as active smokers. Every day, thousands of people start smoking cigarettes.  It is also considered that smoking leads to billions of dollars lost for the United States as a result of medical care and loss of productivity.  The most common substances used are tobacco or cannabis and the method consists of either using industrially manufactured cigarettes or hand rolled ones.

Because of the development of science in the latest years, we are more aware of the negative impact it has on our health and also on the people that surround us. Without any doubts, smoking should be either restricted or banned in all public places because of the arguments we are going to discuss in this paper.

The most solid argument is represented by the way it impacts our health. Medicine proved that cigarettes negatively influences all the body systems. It can lead to heart diseases , renal cancer , infertility, atherosclerosis , thrombosis or strokes. Even so, the most affected system is the respiratory one. Smokers have more chances of developing pneumonia or bronchiolitis, and in case of lung cancer, these chances are increased by 30 times. In case of patients who are known for the suffering of asthma, the smoke exacerbates their symptoms by irritating their airway and increasing the secretion of mucus. Not only active smokers are at risk. It was proven that a person who spends time next to a smoker and identifies him or herself as a passive smoker has almost equal chances of developing these pathologies.

Secondly, banning smoking might lead to a decrease in teenagers starting this habit. As stated in the beginning, thousands of young people start smoking every day and this is mostly because of their entourage. When we see everyone around us with a cigarette in their hand, our mind instantly finds it an acceptable habit and we might become curious to give it a try. This is what happens with young people to who are more inclined toward experimenting.

Banning this habit in the public may also reduce the litter we see on the streets. Everywhere we go we see cigarette butts thrown on the street. Even though there are special locations to store of them, many smokers find it easier to throw them on the road. Statistics show us that millions of pieces of litter are annually composed of cigarette butts and lead to an unaesthetic look of the environment. They are also detrimental to nature because of their compositions which makes them decompose very slowly.

The last element I will discuss is the way it promotes a healthy lifestyle. If the government decides to apply these new laws than people will have an evidence that the leaders of their country care about them and their health. This will remind the population to live a healthy style of life. No one likes to eat in a place full of smoke and no one likes heading home with a terrible smell in their hair after spending a night out. Measures should be taken for all these situations.

It is generally accepted that the only way to prevent all the possible consequences of smoking is to choose a healthy lifestyle and stay smoke-free. It is important for the rest of the population and also the government understand that as long as smoking is accepted in public spaces, these risk factors can’t be avoided. I believe it is our duty to speak out and ask for changes since we are talking about our health and the way we decide to live. Even though in the last year’s small steps we’re taking toward a smoke-free environment, I still believe that there are many decisions that are still waiting to be taken.  I will end this argumentative essay by stating that the best way to fight with this problem is to cut it at the roots.

California Driving: How To Enjoy Roads in the Golden State

What Is a Green Funeral and Should You Have One?

Robert Gombos - September 29, 2020 0
Unfortunately, many people experience a serious accident at some point in their lives. If you are injured, you may end up with expensive medical...
edit